"""""There are no particular rules on which Bible is used or how it's used for the ceremony. Up until Grover Cleveland, inaugurations were not BYOB—presidents arrived at the ceremony with the assumption a Bible would be provided for them. It's since become common for incoming executives to use their family Bibles, though a handful have opted for the Masonic Bible upon which George Washington swore his oath of office. That book is housed in New York City at the lodge that lent the Bible to Washington in the first place. The only other inauguration Bible held by the Library of Congress belonged to Chester A. Arthur, a gift of his descendents. Most inauguration Bibles belong either to the families of the presidents or to their presidential libraries or archives.""""""

While many Americans might consider the Masonic lodge a relic of the past or merely a topic for conspiracy quacks, freemasonry and secret societies remain a force. Dittoing Washington and a few other presidents, Bush Sr. took his oath on the Masonic Good Book in 1988. Read the fine print of American history, and one perceives an ongoing battle between the federalist/statist and masonic elements (as with Andrew Jackson, fundamentalist prezbyterian, Democrat, AND avid supporter of the Masons). Albert Pike, confederate general, belonged to the Masons. (modern masons still revere Pike). Yankee masons were not unknown, such as James Buchanan, a pennsylvania "doughface" --- northerner with southern sympathies. Masons did eventually become a bit multicultural--Count Basie was a Chicago lodgeman. 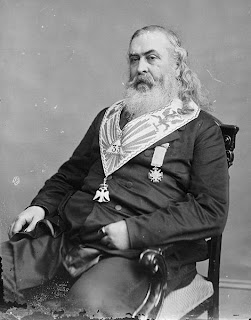 FDR had a Mason membership, and knew the secret handshake, as did Winston Churchill, hero to neo-cons (such as these aspiring Mitt McRomneys), one-time eugenicist and one-time admirer of Hitler (in 1937 Churchill wrote ‘One may dislike Hitler’s system and yet admire his patriotic achievement. If our country were defeated, I hope we should find a champion as indomitable to restore our courage and lead us back to our place among the nations.’"). The Mormon racket does not lack in masonic elements either (the Nauvoo Lodge). Masons usually run the city halls of America, and the local economies (and the courts), unbeknownst to the locals (or tacitly approved). Masons arguably founded the protestant churches in England, Scotland and America.


While the german nationalist solution to freemasonry may have been a bit schwer---the nazis imprisoned and killed a few thousand freemasons (suspected, not without some justification, of collaboration with zionists)---masonry remains a issue, one generally overlooked by the usual academic narcissist or party-boy liberal. AS with, say, the history of organized crime, the history of masonry does not generally appear in university history courses (then, one might argue that academics are themselves masons of a sort, as are frat boys and sorority goils); though some cafe liberals will on occasion mention transparency, that transparency generally only applies to an obvious malefactor like Alberto Gonzales, not to say the mormon-zionist connection, or the doings of Feinstein and Richard Blum.

The American founders, contrary to popular history, were not all freemasons. Madison for one addressed "factionalism", and secret societies in the Federalist papers. JQ Adams campaigned on an anti-masonic platform, his arch-enemies being Jackson, and the presbyterian-masons and slave-owning south (tho' not all confederates belonged to masonic lodges, or protestant churches: e.g., Beauregard). The Ku Klax Klan also grew from a masonic foundation (we should recall that Klansmen, like masons, take various oaths, one being opposition to the papacy and french materialism [synonymous for most hick lodgemen]. They are as opposed to catholics as they are to the "colored." Klansmen generally had more hate for frenchmen, and catholics--even irish sort-- than they did for zionists).

As the freaks (authentic freaks, not the suburbocrats who mistake their Apple for progressive politics) formerly said, you can never be too paranoid.
Posted by J at 8:23 AM