"""Cameron's superficial Hollywood Marxism (his crude privileging of the lower classes and caricatural depiction of the cruel egotism of the rich) should not deceive us. Beneath this sympathy for the poor lies a reactionary myth, first fully deployed by Rudyard Kipling's Captains Courageous. It concerns a young rich person in crisis who gets his (or her) vitality estored through brief intimate contact with the full-blooded life of the poor. What lurks behind the compassion for the poor is their vampiric exploitation.

Avatar's fidelity to the old formula of creating a couple, its full trust in fantasy, and its story of a white man marrying the aboriginal princess and becoming king, make it ideologically a rather conservative, old-fashioned film. Its technical brilliance serves to cover up this basic conservatism. It is easy to discover, beneath the politically correct themes (an honest white guy siding with ecologically sound aborigines against the "military-industrial complex" of the imperialist invaders), an array of brutal racist motifs: a paraplegic outcast from earth is good enough to get the hand of abeautiful local princess, and to help the natives win the decisive battle. The film teaches us that the only choice the aborigines have is to be saved by the human beings or to be destroyed by them. In other words, they can choose either to be the victim of imperialist reality, or to play their allotted role in the white man's fantasy.

At the same time as Avatar is making money all around the world (it generated $1bn after less than three weeks of release), something that strangely resembles its plot is taking place. The southern hills of the Indian state of Orissa, inhabited by the Dongria Kondh people, were sold to mining companies that plan to exploit their immense reserves of bauxite (the deposits are considered to be worth at least $4trn). In reaction to this project, a Maoist (Naxalite) armed rebellion exploded.""" 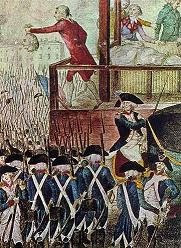 The tradition of all dead generations weighs like a nightmare on the brains of the living (Marx).


"""When Kathryn Bigelow’s The Hurt Locker won all the big Oscars over James Cameron’s Avatar, the victory was perceived as a good sign of the state of things in Hollywood: A modest production meant for independent festivals clearly overran a superproduction whose technical brilliance cannot cover up the flat simplicity of its story. Did this mean that Hollywood is not just a blockbuster machine, but still knows how to appreciate marginal creative efforts? Maybe—but that’s a big maybe.

For all its mystifications, Avatar clearly sides with those who oppose the global Military-Industrial Complex, portraying the superpower army as a force of brutal destruction serving big corporate interests. The Hurt Locker, on the other hand, presents the U.S. Army in a way that is much more finely attuned to its own public image in our time of humanitarian interventions and militaristic pacifism.

The film largely ignores the big debate about the U.S. military intervention in Iraq, and instead focuses on the daily ordeals of ordinary soldiers who are forced to deal with danger and destruction. In pseudo-documentary style, it tells the story—or rather, presents a series of vignettes—of an Explosive Ordnance Disposal (EOD) squad and their potentially deadly work of disarming planted bombs. This choice is deeply symptomatic: Although soldiers, they do not kill, but daily risk their lives dismantling terrorist bombs that are destined to kill civilians. Can there be anything more sympathetic to our liberal sensibilities? Are our armies in the ongoing War on Terror (aka The Long War), even when they bomb and destroy, ultimately not just like EOD squads, patiently dismantling terrorist networks in order to make the lives of civilians safer?"""

Commandante Zizek should realize by now that the Ho-wood dream-factory produces only "reactionary myths". Apart from a few documentarian types (ie Moore), filmmakers--and the production houses who own them--have little interest in verisimilitude. Movies depend on a few stale, sentimental devices--usually (as with Avatar) some suffering victims (ie the Na'vi), a few discontented but sexxay, PC rebels (Signorey Weaver), and ...The Bad Guys (usually vaguely ..nazi-ish WASPs in uniforms, Darth Vader helmets, etc).

Avatar continues the formula--as does Bigelow's flick, but with a few modifications. The point is that movies must lie. Cinema's raison d'etre consists of the distortion of anything resembling historical or scientific or economic truth--and that holds even when there's an attempt at realism of a sort, as with Bigelow's flick. (though Zizek doesn't quite note that at least Bigelow's macho-military movie does not require the usual extra leap of belief in planets inhabited by humanoid aliens, or space exploration in the near future).

And SZ's a bit tame, really for all his supposed radicalness. Director-executives such as Cameron, like Lucas, or Spielberg, Tarentino, Coen Bros, Eastwood, et al should be considered Enemies of the people--not just of the "proletariat" (whatever that means anymore), but of intelligent humans of all races. Their cheesy space operas and quirky, meaningless dramas should be gathered up from video-marts and movie theatres and burnt in parking lots.
Posted by J at 12:52 PM

There are other ways of interpreting the Avatar film.

I found that it resonated with the themes in these references by a real living-breathing-feeling Avatar.

Plus the true Avatar in the film did not appear until the very end of the film when the seemingly dead body of Jake was mysteriously revivified and thus woke up as a completely new being--and hence cultural possibility.

At a fundamental level the film was also about the "culture" of death versus the culture of life.

It is thus interesting to see which side various people barracked for, especially those on the right side of the culture wars (their group-think response was of course highly predicable)

"The tradition of all dead generations weighs like a nightmare on the brains of the living."

Quite a nice turn of the screw to Grice, "We should treat those who are dead and great as if they were great and living"!

I've only read a few excerpts of Prof. Grice, but I doubt he was too enamored of Marx. Grice did however once object to Quine and WQ's attacks on analyticity, did he not? For that he deserves our praise (if not the praise of Logos). I'm pretty sure Quine's attack on analyticity and meaning itself followed from his behaviorist/Darwinist presumptions (and probably pleasing to his crony Skinner). While Im not a professional philosopher Ive written a few things on Quine:

You're probably familiar with PMS Hacker's writing--PMS showed me that Wittgenstein might have had barked something worthwhile at times...