"""In a blistering final debate, Democratic candidate for governor Jerry Brown apologized to his Republican counterpart Meg Whitman on Tuesday for a slur directed at her by an associate, an apology that Whitman did not explicitly accept as she cast his campaign as insulting to all Californians. 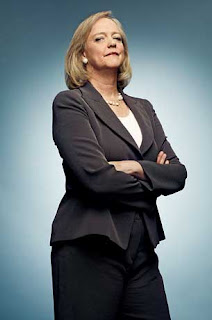 """Brown continued to insist that Whitman was seeking office to enrich wealthy Californians such as herself, while she derided Brown as a "same old same old" politician who helped lead California into its present straits and said she represented a fresh start for the beleaguered state.


The 60-minute contest, held at Dominican University of California in San Rafael, crackled with disagreements on a host of issues, but the sharpest jousting came on the dispute that has roiled the campaign in recent days — an inadvertent recording of a Brown strategy session in which an unidentified person suggests portraying Whitman as a "whore" for creating a loophole in her pension plan to appeal to public safety unions that were endorsing her in the governor's race.""""

(None Of The Above--except ....Yes on 19. No on 23.  other recommendations to follow . Addendum:  Granted Jerry Brown may be superior to Ms Whitman (and Miss Boxer to Fiorina).   California police chiefs and cop unions think so, as does about every other union in the state.  Art Torres approves of JB.  And, admittedly, Brown has the experience, the bureaucratic know-how and connections with all the leading Golden State apparatchiks --all sound reasons for saying...Nyet. For more information on Brown's shortcomings, see the writings of one Jello Biafra.   ).

Legal beagles of CA agree:Yeson19 Scary, eh, mormonics
Posted by J at 10:26 AM