""Davos 2011 is off to a great start. I've been surprised how little talk there's been in the cafes and bistros about Barack's State of the Union speech. I heard it aired here at 3 in the morning--I was...sort of busy at the time --but most people here are rarely asleep at 3 am (a Davos sleep challenge would be, well, a major challenge -- more on that in a bit). Plus, everyone who's anyone at Davos has an iPad, laptop, or mobile phone (and often all three), so it wouldn't be hard to watch a replay, like if we really cared. But it doesn't seem to be on peoples' radar screens, as like their favorite ski runs or investment seminars, or the party schedules were." 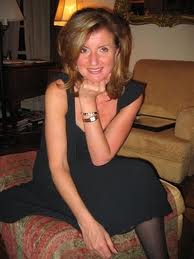 ""At a reception hosted by Yale President Rick Levin, I ran into the Chamber of Commerce's CEO Tom Donohue and asked him what he thought of the speech. "It bored the crap out of me," he said. "What didn't you like?" I asked. "With gasoline prices headed to over $4 a gallon, and profits rolling in" he replied, "there was no reason to demonize US oil companies." And a big-time TV producer, who asked for anonymity to protect his chances of ever playing basketball with Obama, was focused on the president's makeup: "It was simply dreadful," he told me. "He looked so yellow, it was like he was jaundiced. It was so bad, John Boehner looked natural by comparison." But other than smatterings, not much post-speech chatter.""""""

America's favorite corporate-liberal Marquessa par-tays on.
Posted by J at 9:33 AM