Island of the Hypothetical

"""Imagine an island with a hundred inhabitants. A demon comes and offers them the choice of each suffering one day of agonizing explosive diarrhoea, or one of them, little Billy, suffering a hundred days of equally bad runs. Consequentalism is silent, whereas contractualism accords with our intuition that it is more fair to suffer one day of the trots each, as little Billy could very reasonably reject the idea of him having a burning ring of fire for over three months to save what would be, for each individual, a relatively short-lived disturbance to his movements. What if, however, the demon demanded either 80 days of loose stools from all but little Billy or 90 days from little Billy and none from the rest? Contractualism, with its fierce rejection of aggregation, still takes little Billy’s side. Nobody could reasonably justify to little Billy the idea that he should take 90 days of Montezuma’s revenge rather than them suffering 80 days. The fact that there are 99 others who also stand to suffer the same fate should not factor in: total harm is unimportant, what matters is respecting each individual as a person, and no individual stands to suffer a worse case of the shits than little Billy, so he could always reasonably reject the idea of him taking one for the team, although it would of course be admirable if he would supererogate and save the rest of them from the Aztec two-step.

This emphasis on processes over outcomes on ethics is a result of contractualism’s founding idea of ethics as an essentially interpersonal matter, and an insistence that the objects of an action must be unable to reasonably reject it for this action to be right. As stated, this is descended from Kant’s ideas of respect for the individual as an end, rather than a means to the greater good. I believe this is a worthy offspring of the Kantian tradition, fulfilling the potential power of these ideas in a readily applicable framework that makes concrete predictions for the real world in a way that accounts for the value of persons. However, the value of persons, ethics as an interpersonal affair, and the idea of justifiability as the arbiter of right and wrong are by no means the only key ideas in ethics. Other ethical theories place commensurate importance on other basic ideas, and it is important that contractualism be able to address these ideas."""" 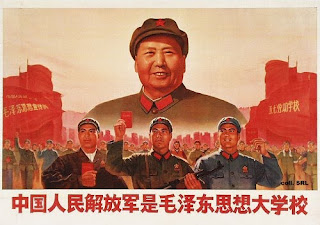 What does this summary of Contractualism really imply? Something like, "those who uphold the so-called Divine Right of Kings should be counted as heretics, and will be merely fertilizer in the hereafter...."" That said, being supportive of something like a fair distribution of goods and resources (one might even say a just division of labor) does not mean one approves of maoism. Doctors outrank nurses; teachers are entitled to more than are custodians (and their compensation should reflect that). Those wealthy doctors or engineers or professors on Prosperity Lane usually live next door to wealthy lawyers, brokers, insurance or real estate sharks, salesmen, and panderers and bureaucrats of various sorts. That's sharkocracy, not to be confused with democracy.

Regardless of what some paranoid-right Randian sorts may claim, Kant's kingdom of ends (or Rawls' rationalist update of Kant) does not equal communism. An egalitarian, contractualist model might not jibe with statism, hegelian, marxist or otherwise. Rights still apply under contractual models--at least to rational citizens-- but they are not the complete liberty dreamt of by libertarian whack-jobs and bad Lockeans. Yet...the market economy itself does bear some relation to the above island analogy: in the lotto game of modern capitalism, many humans are little Billy's--burdered with menial labor and drudgery, while a few reap the benefits of that labor and dirty work. That a few benefit from the lotto game does not make the game fair: just say no to MegWhitmanism.
Posted by J at 11:07 AM