How the Oligopoly works: Exxon profits surge to new record


“Surging oil and gas prices have helped Exxon Mobil to unveil the highest quarterly profits reported by a publicly-traded US company.
Fourth-quarter earnings jumped to $10.7bn (£6bn) from $8.4bn in the same period last year.

In the past year, oil prices have soared on concerns about supplies prompted by tensions in oil producing countries and hurricanes in the US.

Meanwhile, Exxon also got a boost from a one-off $390m payment to settle a lawsuit in the last three months of the financial year.

Without the exceptional item, earnings for the quarter came in at $1.65 per share, still significantly better than analyst forecasts of $1.45.

Despite the good news, Exxon did reveal that oil and gas production fell by 1% during the quarter.

But, Exxon suggested the problems may have been down to the effect of Hurricanes Katrina and Rita.

Once the effect of the storms was stripped out, along with other one-off factors, production actually rose 2%, the group said.

Meanwhile, reports suggested there could be trouble ahead for the group.

Commentators suggested falling production could be evidence that Exxon is having trouble accessing supplies in the Middle East as well as battling to raise output at maturing oil fields.

Analysts also warned that the sky-high profits could also trigger calls from consumer groups and politicians for special taxes to be slapped on oil firms as they have been the main beneficiaries of recent record petrol prices.”

At the speculator’s table, as the oil dries up and prices go up, a few companies rake it in.

Katrina: not only a hurricane, but a money-maker; Iraq: not just a war, but a jackpot.
Posted by J at 9:02 AM 1 comments 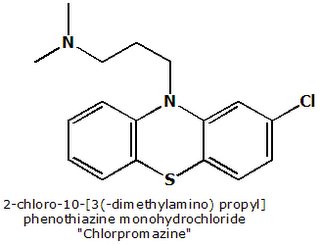 Congressman Bill Thomas (the House of Representative’s Ways and Means chairman) has finally announced his retirement. Thomas has represented Kern and sections of the AV since 1979; and his economic policies—and his policy mistakes—still impact the region.

Kern has for years had an unemployment rate more than double the national average and an economic infrastructure known in some quarters as “Appalachia West.” Violent crime as well as police corruption are among the worst in the nation. Pollution stemming from oil refineries, stockyards, and agriculture—more or less sanctioned by Thomas’ aggressively pro-business policies—has also contributed to a decline in the standard of living in Bakersfield and surrounding areas.

IN 2002, Thomas, working for Bush, helped put in place a $550+ billion tax cut which did little to nothing to help working or middle class citizens; the slashing of estate and capital gains taxes was a windfall for the very wealthy of the US, and also increased the national deficit, led to hikes in interest rates, and had a negative impact on Social Security.

Thomas may be remembered as a hero to a few management guys and executives or perhaps to any “conservatives” or liberals who think greed, cronyism, and sedition are inherently good principles.
Posted by J at 11:14 AM 0 comments


The culture industry fuses the old and familiar into a new quality. In all its branches, products which are tailored for consumption by masses, and which to a great extent determine the nature of that consumption, are manufactured more or less according to plan (Adorno)

what is to be said about Ho-wood product as Deception? Tho' not supporting the marxism per se, perhaps there are a few blogger-pariahs who admire Adorno's peroations on the Culture Industry, regardless of its lack of confirmability. Ho-wood is as much political instrument as Washington (or Sac-town) politicos are; but measuring its effects in any sort of precise manner presents all sorts of problems. So one may be left with Adorno-like meditations, vague freudian or postmod generalizations, or perhaps eschewing the theory, sort of dittos of WS Burroughs' thoughts (tho perhaps not his character): there isn't one dream of America that Hollywood hasn't destroyed (or pimped, mocked, etc. or words to that effect). Even the dreams of outlaws are eventually cleaned up, marketed, spun: as in the recent John Cash flick. (--sort of the Van Gogh effect as well--that bizarre raven-y, outlaw minstrel was more revered in death than in life).

Few seem willing to challenge the Dream-pimps (or their heterae). Ho-wood is now the sort of corporate Bohemia; daily conversation revolving around the latest flick, the latest celeb intrigue; in deed the celeb is also sort of an intellectual by proxy--a pompous cartoon such as Warren Beatty like some westside Sartre-lite.. To challenge Ho-wood one risks the "malvolio" button; rustic, resentful, outside. And yet even Adorno is a sort of Malvolio.
Posted by J at 10:22 AM 7 comments