More than a few reporters and journalists have suggested that many celebrated pro athletes–including All-American heroes such as Joe DiMaggio–had dealings with the Mafia which were unknown to the public at large. In 2000 Richard Ben Cramer published a book in which he claimed that DiMaggio, the "Yankee Clipper" and one-time husband of Marilyn Monroe (herself suspected of Mob ties), had a connection to the Mafia via Frank Costello, a mobster fairly well-known to anyone who has read a bit about the real history of La Cosa Nostra (and the Five-Points gang, specifically). Costello at one time apparently functioned as Dimaggio's "financial advisor": "Dimaggio was able to walk away from baseball and his $100,000-a-year salary with the Yankees in 1951 because mobster Frank Costello had set up a "trust fund" at the Bowery Bank for him."

To some sentimental fans of pro baseball, this information might be troubling –in fact, Ben Cramer was subject to numerous personal insults and attacks when his book on DiMaggio appeared; yet to other, more cynical sports connoissieurs–say those familiar with the facts surrounding the mobster-rigged World Series of 1919 (John Sayles' film "Eight Men Out" does a decent job in presenting the broad details of the "thrown" series)–evidence suggesting that the Yankee Clipper associated with a big-time mobster such as Frank Costello–AKA "the Prime Minister" of Murder, Inc.–was probably not too alarming or unexpected.


Indeed, it could be argued quite convincingly that an athlete's shadowy associations to organized crime figures, to mobsters or gangster mollies- –or the contemporary athlete's association to drugs, drug dealers, or prostitutes–may provide part of the allure of the game for many consumers of the athletic spectacle. Pro athletes are not merely superb specimens of physical conditioning and discipline; they are America's official par-tay boys, with high-powered actors and actresses watching them at bat, running up and down the gridiron, shooting hoops; and various corporations (the corporate execs themselves sort of the sugar-daddies behind the scenes) paying millions to sell beer or razors during the ad-breaks of the Gladiator-fests. Baseball, or Beer; bimbos or organized crime: it's all part of the Sports, Inc. show.
Posted by J at 10:55 PM 1 comments 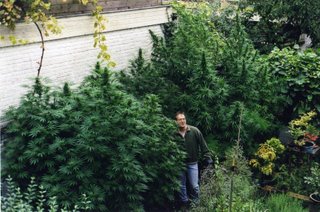