“A patriot must always be ready to defend his country against his government.”

“The only thing worse than a knee-jerk liberal is a knee-pad conservative.”

There is science, logic, reason; there is thought verified by experience. And then there is California.”

“In the modern techno-industrial culture, it is possible to proceed from infancy into senility without ever knowing manhood”

“The only thing worse than a knee-jerk liberal is a knee-pad conservative.”

“No tyranny is so irksome as petty tyranny: the officious demands of policemen, government clerks, and electromechanical gadgets.”
Posted by J at 2:30 PM 0 comments

Orwell on the real motives of pacifists

"The majority of pacifists either belong to obscure religious sects or are simply humanitarians who object to taking life and prefer not to follow their thoughts beyond that point. But there is a minority of intellectual pacifists, whose real though unacknowledged motive appears to be hatred of western democracy and admiration for totalitarianism. Pacifist propaganda usually boils down to saying that one side is as bad as the other, but if one looks closely at the writing of the younger intellectual pacifists, one finds that they do not by any means express impartial disapproval but are directed almost entirely against Britain and the United States …"

(from Orwell's Notes on Nationalism).

Das Stimmt, Mr. Orwell. The Pacifist may overtly claim to be opposing war in general, but he's all-too-often assisting the other side by his kvetching and resistance, or possibly (as Orwell suggests) he wishes to implement--re-implement, as it were--the great marxist state (and of course obtain for himself a Par-tay membership), and anything which lessens, say, the power of the US military, increases the likelihood of the success of the pacifist's real statist agenda: and rest assured that there are few if no Islamic pacifists.

How not to write

From one of the geniuses du jour of DemocraticUnderground:

"Suddenly, one of the arab kids stood up and held up his hands in an obvious gesture of truce. We held our fire; I walked out to meet him in the middle of the battlefield. As we approached each other, I could see that he was bleeding as badly as I was. We met in the middle, and just looked at each other for a few minutes, breathing heavily. He reached in his pocket, and pulled out a knife -- and then also pulled out some sort of desert fruit. To this day, I have no idea what it was. He swiftly peeled it, cut off a slice, and handed it to me. It was delicious."

This would not make it past the metro editor of the Tulsa Herald. This would not fly in a Hardy Boys story; this would not be accepted for publication at the most obscure e-zine or lit. rag to be found in cyberia. Not only that, there's no way to establish that the narrative is genuine; it could quite possibly be an invention, if not a lie. But dupes of the left (i.e. DU) and right (i.e. the right-wing coaches-on-acid of New Worlds ) take this to be some type of deep literary truth, when it's about the equivalent of "All we need iz Luv" (or as Walker Percy termed the motto of the opportunistic protestant turned New Ager--- "Love...or Die").


"The War ended immediately. All the other kids from both sides wandered out, took a slice of the strange fruit, and tried to communicate with each other somehow. Some of us spoke a rudimentary Arabic, but none of the arab kids spoke English -- we did our best. We spent the rest of the afternoon exploring the desert together, all thoughts of conflict forgotten. I remember my mother's shock at seeing my blood-encrusted face and shirt -- I had completely forgotten about it by then."


Those few cynics (including some who read and understood Gulliver's Travels once in their life, unlike Caliban of Araby here) with enough spine and intelligence to denounce such frauds are slowly being eliminated from both left and rightist sites--dissent now referred to in 90s dweeb terms as "trolling" by the over-grown adolescents, pansies and emotional wrecks who operate most blogs and websites at this point (of course, the typical leftist narcissist, like his fundie cuz, never quite realized what trolls really were--) 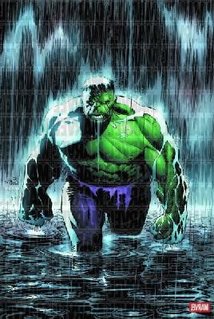 "The degree of one's emotion varies inversely with one's knowledge of the facts -- the less you know the hotter you get." Russell
Posted by J at 5:21 AM 0 comments 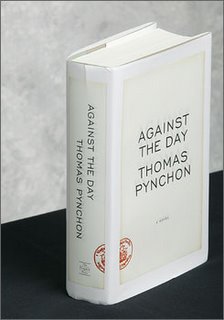 ("Among other things, it deals with the four children of Webb Traverse, a bomb-throwing anarchist who's assassinated by mercenaries working for an evil plutocrat named Scarsdale Vibe...")


Looking forward to Maestro TP's latest fulgurescence.
Posted by J at 6:21 AM 0 comments


"Kripke's error is basically one that is symptomatic of all modern analytic philosophy...overattachment to modal considerations, trying get it to do the work that only Bayesian analysis can do properly. Bertrand Russell said it best--"There is only one world, the 'real' world." Philosophers should have listened. The meaning of (even non-literal) utterances reduces to the transmission of information, and everything you ever wanted to know about transmission of information can be found in conditional probabilities. The space you're forced to deal with is the space of ways the world might *be* (for all I or you know), not ways the world "might have been.""

Very astute observation--conditional probabilities are not places; contingent events-to-come are not worlds.
Posted by J at 7:08 AM 0 comments

There is so much involved with Dawkins' claim: one, what really is a meme? For a scientific materialist, ultimately a meme is neurological (and I wager there ay even be lurkers about here who could ID the cognitive residence, so to speak). In regards to human consciousness (tho' memetics has been supposedly observed among other mammals), memetics has its shortcomings: Dawkins and his followers hardly
provide a worked-out account of perception, or of conceptualization--the Thought-formation (nor does anyone , really as of yet, though cognitive scientists have been attempting to do so for decades). Memetics, like naive Darwinism (tho' Dawkins and Dennett are not so naive) , thus tends to affirm rather reductive accounts of consciousness (tho' I am not asserting memetics is not true: simply that it takes much for granted--like cognition for one). And, putting aside questions regarding the cognitive assumptions of memetics (there may be some snooty cognitivist-behaviorists working on that issue somewhere) couldn't "machiavellian" memes (say, kill or be killed, or "by any means necessary") often be as functional as non-machiavellian (altruism, cooperation, etc.)? Indeed they are.

But what does the memeticist say? Like the pragmatist, the evo. psych's code of functionality--or, of adaptation-- is purely descriptive: this idea-strategy seems to work--this one doesn't. So in some (many) circumstances, machiavellianism will do as well as altruism--rather unpleasant news to all those dupes who thought Truth, Justice, benevolence were sort of universals, or at least, worthy ideals. Which is to say, lacking anything but evolutionary explanations, "social darwinism", will remain an issue, even for the most sophisticated of evo. psych types (or their remora-like followers in the humanities). I am not a worshipper of Chomsky's somewhat Cartesian rationalism--or all of his politics (9-11 changed much)-- but there may be worse programmes than Chomsky's anti-reductionist view of language and thought--whether in terms of opposing behaviorism, or his few comments contra-evo. psych. And there are also grounds to object to lumping together all ideas or concepts in the meme class, as well: a certain musical sound--say, Debussyan harmony--might have worked memetically for some time (from concerts, to film scores, advertisements, etc), but an integral or even Modus Ponens are not really similar to musical or architectural "pattern" memes--integrals and Modus Ponens are true (at least if calculated correctly), regardless of functionality (though they may function as well). Are aesthetics and knowledge both memetic? That seems a bit strange to say--tho' perhaps at some point, mathematics itself might be read as some type of evolutionary behavior--and those who uphold Quine's "Two Dogmas" view of all knowledge--including logic/math--as synthetic a posteriori might agree (reluctantly). Dennett makes some suggestions along those lines in Darwins' D.I.--which I am slowly reading--he's OK, but not the most eloquent of writers.
Posted by J at 9:15 AM 0 comments