""The mafia wanted Danny Greene dead and they weren’t taking any chances.

He’d already been stabbed, shot at by a sniper, and run down by a drive-by shooter. He’d escaped several attempted car bombings, including one where he dismantled the explosive himself and then turned in the bomb’s caps over to a police acquaintance. When the policeman asked where the explosives were, Greene responded, “Those are going back to the son of a bitch who sent them to me.”

By some accounts, eight of the hit men who’d been sent to kill him died by the hand of Danny Greene.

By May of 1975, the mob had had enough. The Italian-run mafia decided to finish off this upstart thug who’d started as a longshoreman on the docks of Lake Erie and who now defiantly called himself “The Irishman” as he challenged La Cosa Nostra itself. They blew up his house.""

From... authentic US History 101: Organized crime, the Five Points gang and their enemies.....

He says he's certain the isotopes came from Japan because they're not usually detected in Nevada, but the readings were far below levels that could pose any health risks.

Minuscule amounts of radiation from Japan have been reported elsewhere in the West, including California, Colorado, Hawaii and Washington."


Sounds negligible--that is, assuming you can trust the local bureaucrat in charge of radiation monitoring. Honey, be sure to pick up a Geiger Counter at the supermarket on yr way home....
Posted by J at 10:34 AM 0 comments

""""About this time, an unfortunate lunatic named Damins made a weak attempt on the life of Louis XV. The orthodox in church and state said that plainly the act was inspired by the New Thought of that day. It was perfectly easy to trace the act of a crazy man to the writings of Voltaire, which the man had never read. True, when the man was captured, he had in his hand a copy of the New Testament. Voltaire was delighted when he got this news. "A testament? I told you so. All assassins have a Bible in their daggers, but have you ever heard of one who had a Cicero, a Plato, or a Virgil?"""""

slight retrofit of Marquis de Arouet: at least they nearly always have some form of a Bible--Old testament, New Testament or Koran. People of the Book

things are not what they seem.... 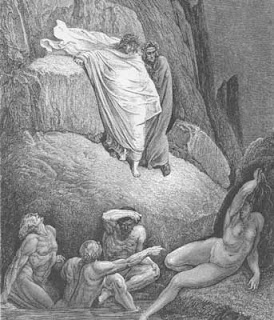 "My brethren in the Malebolge, we flounder in sewage and waste." 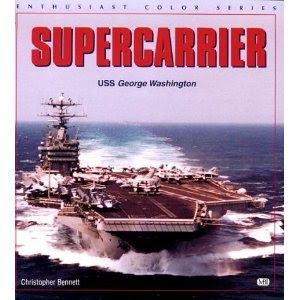 17. Recompense to no man evil for evil. Provide things honest in the sight of all men.

18. If it be possible, as much as lieth in you, live peaceably with all men.

19. Dearly beloved, avenge not yourselves, but rather give place unto wrath: for it is written, Vengeance is mine; I will repay, saith the Lord. Romans 12:17-19 KJV

Spectrum Numismatics came away with the nugget on Wednesday after a feverish two minutes of bidding at the Golden West Auction in Sacramento. The company was bidding on behalf of an anonymous buyer.

What may be the biggest California gold nugget in existence was found in the unincorporated town of Washington in Nevada County last March with a metal detector..."


Marx, Karl himself opposed the...jewelocracy (not to say royals of all sorts, whether christian, jew or mahometan). He had read his ....Diderot & Co.

Mix Amaretto and Bushmill's over ice, add Lemon-Lime soda and a dash of grenadine, shake, strain into glass. Makes a big shot that tastes like candy, begob, but hits like a Velvet Hammer.
¡Salud!

Homie CJC in the House--
from Caesar's Gallic Wars, VI/16.

""The nation of all the Gauls is extremely devoted to superstitious rites; and on that account they who are troubled with unusually severe diseases, and they who are engaged in battles and dangers, either sacrifice men as victims, or vow that they will sacrifice them, and employ the Druids as the performers of those sacrifices; because they think that unless the life of a man be offered for the life of a man, the mind of the immortal gods can not be rendered propitious, and they have sacrifices of that kind ordained for national purposes. Others have figures of vast size, the limbs of which formed of osiers they fill with living men, which being set on fire, the men perish enveloped in the flames. They consider that the oblation of such as have been taken in theft, or in robbery, or any other offense, is more acceptable to the immortal gods; but when a supply of that class is wanting, they have recourse to the oblation of even the innocent.""" 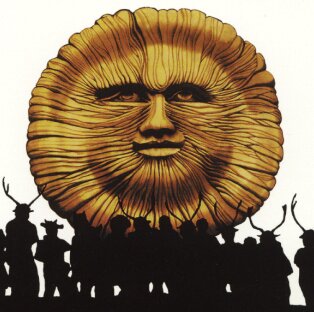 HISTORY, n.
An account mostly false, of events mostly unimportant, which are brought about by rulers mostly knaves, and soldiers mostly fools.
A.B.

""One need only attempt to construct a narrative of a battle action to see what Bierce already knew. After-action reports, letters from the field, newspaper reports – accounts usually framed in the immediate aftermath of battles – were in themselves at best fragmentary, unreliable when it came to reporting events outside the direct observation of the writer, and open to question even when the author claimed to have witnessed what he reported. Distortions and rationalizations multiplied in the weeks after the battle, with a few participants demonstrating an unusual inventiveness in telling their stories. That process became even more evident in the decades after the war, when participants continued to clash with each other over who did what, what happened, and how it happened. They did so in autobiographies, interviews, articles, after-dinner speeches, and in the pages of several journals, notably Century Magazine, which between 1884 and 1887 published numerous pieces by various participants in what became known as the “Century War Series.” Many of the pieces were later published in the four-volume Battles and Leaders of the Civil War.""

You don't know jack about the....Chickamauga of the Mind, rube.

""""On the coastal stretch of our local county road in Humboldt county, northern California, perhaps the irksome signs installed a few years ago alerting drivers and hikers that they were in a zone exposed to the risk of tidal waves would at last be of some use, though what precise use is hard to say. If there really was a tsunami of destructive size racing towards the shore, by the time you saw the sign and looked out to sea, you would be engulfed long before swerving uphill at McNutt and inland towards CounterPunch’s southern HQ in Petrolia.


The whole tsunami signage is locally derided as either a boondoggle or one more extrusion of the eco-panic convulsing the genteel classes, stretching from the Mayan calendar Apocalypse to the menace of flies flying into one’s latte, a pressing concern of the county Health Department, and requiring my neighbor Joe Paff – a coffee roaster – to install costly anti-fly barriers on his milk steamer machines. Of far more use would be alerts on the coastal stretch for wandering cows...."

However nauseating the no-nuke freaks seem at times, they had a point: had a quake of that magnitude occurred off the coast of California, at least four nuclear reactors would be ..toast, and the Golden state would be Chernobyl-ized.

Everybody wants to be a cat

bad Joss with a capital J

"Japanese officials have begun pumping seawater into a second nuclear reactor at the Fukushima No. 1 power plant 140 miles north of Tokyo to cool the reactor core in a last-ditch effort to stave off a core meltdown.

The action indicates that the reactor's normal backup cooling system has failed and is no longer able to supply fresh water to the core. Officials at Tokyo Electric Power Co., which owns the plant, have been struggling to keep six shut-down nuclear reactors cooled because seawater from the tsunami that followed Friday's magnitude 9.0 earthquake damaged the diesel generators that power the circulating pumps.

An explosion Saturday night at the No. 1 reactor destroyed the cooling system there and officials had little choice but to begin injecting seawater laced with boron directly into the reactor containment vessel. Seawater is highly corrosive, particularly when heated, and injecting it into the reactor means the company is, for all practical purposes, abandoning the reactor for all future uses."""

"I keep six honest serving men (they taught me all I knew); Theirs names are What and Why and When And How And Where and Who."
— Rudyard Kipling


""""Mike Starr, the former Alice in Chains bass player who went public with his drug problems on the reality TV show "Celebrity Rehab," was found dead in a Salt Lake City house Tuesday, nine years after the rock band's singer died of an overdose. Starr was 44.

"There is nothing to indicate that this was foul play by another individual," said a spokesman for the Salt Lake City Police Department. An autopsy was planned.

Starr was fired from Alice in Chains shortly after the release of its breakthrough 1992 album "Dirt," which was packed with drug-related songs. In 1994, he was sentenced to 90 days in a Texas jail for stealing a piece of luggage at Houston Intercontinental Airport.

His former bandmates, with replacement bassist Mike Inez on board, enjoyed even greater success during the Seattle "grunge" movement. But singer Layne Staley's drug battles put the brakes on the band in 1996. Staley was found dead at age 34 in Seattle in 2002.""""

We pay our debt sometime
Posted by J at 5:29 PM 0 comments 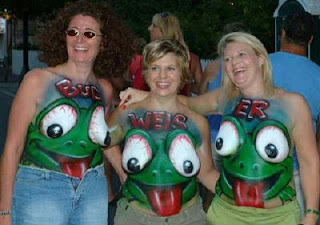 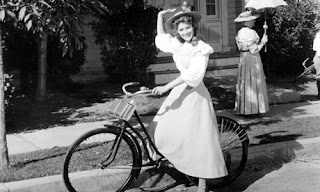 Ganga was sunken, and the limp leaves

Waited for rain, while the black clouds
Gathered far distant, over Himavant.
The jungle crouched, humped in silence.
Then spoke the thunder --

(from The Wasteland/ TS Eliot)

""Idolised for his fast driving, hyperactive energy and voracious reading habits, Neal was the perfect Beat character, and his autobiographical writings were published posthumously as The First Third. "To sit still and write was agony for him," recalls Carolyn. "He said he'd think of a word and he'd think of 10 others." Instead, Neal dashed off free-flowing letters that influenced Kerouac's style.

The two married in 1948 and spent the next 20 years observing the Beats. Sort of. "I'm one of the last survivors and, of course, I wasn't a part of it really," says Carolyn. Certainly, there are no images of her in Angelheaded Hipsters, which takes its title from the opening lines of Howl: ". . . angelheaded hipsters burning for the ancient heavenly connection to the starry dynamo in the machinery of night."


""""".... as in the original Chinese room, the symbols are meaningless to Watson, which understands nothing. The reason it lacks understanding is that, like me in the Chinese room, it has no way to get from symbols to meanings (or from syntax to semantics, in linguistic jargon). The bottom line can be put in the form of a four-word sentence: Symbols are not meanings.

Of course, Watson is much faster than me. But speed doesn't add understanding. This is a simple refutation of the idea that computer simulations of human cognition are the real thing.

If the computer cannot understand solely by manipulating symbols, then how does the brain do it? What is the difference between the brain and the digital computer? The answer is that the brain is a causal mechanism that causes consciousness, understanding and all the rest of it. It is an organ like any other, and like any other it operates on causal principles.

The problem with the digital computer is not that it is too much of a machine to have human understanding. On the contrary, it is not enough of a machine. Consciousness, the machine process that goes on in the brain, is fundamentally different from what a computer does, which is computation. Computation is an abstract formal process, like addition......""""