"When a woman becomes a scholar there is usually something wrong with her sexual organs."

"You go to a woman? Carry thy whip"

"A woman does not want the truth; what is truth to women? From the beginning, nothing has been more alien, repugnant, and hostile to women than the truth - her great art is the lie, her highest concern is mere appearance and beauty."

"God created woman. And boredom did indeed cease from that moment — but many other things ceased as well! Woman was God’s second mistake."

Das stimmt. Doc FN generally scores nearly as high on the Chuckleometer as half-hour of comedy from homie Mike Richards.
Posted by J at 4:44 PM 1 comments 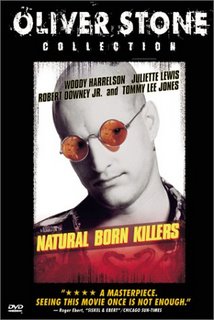 Leibniz for Dummies“ There are also two kinds of truths, those of reasoning and those of fact. Truths of reasoning are necessary and their opposite is impossible: truths of fact are contingent and their opposite is possible. When a truth is necessary, its reason can be found by analysis, resolving it into more simple ideas and truths, until we come to those which are primary."

Another little Moderatrix (with his new boy Friday Sperber) doing his best for the maoists at Ginger's Warehouse, Stevie Schwsenson would do well to, like, find a new job maybe back in Podunkville before the shite hits the fan.
Posted by J at 5:45 AM 0 comments

Grotesque Disregard (How Not to Write, continued)

Sort of like Jim Morrison, stoned and not-so-immaculate, meets Jerry Falwell. Rightist moralists are bad enough: but when the rightist moralist sucks up a few too many bongs and takes side with the Mommycrats: a cyber-libertarian can only say, like, STFU, even if C.L. doesn't care for BushCO--certainly not GOP econ. policies (some libertarians actually make an exception for anti-statism and support higher taxes on ueber- wealthy)--- and agrees with a few of the yawps (it's not likely to interfere with "Aldous"s' hustle, but the Lancet people said only 1/3 of the estimated deaths (not verified, btw, McLizard-King) were attributable to US/Brit. forces).
Posted by J at 9:56 AM 0 comments


Americans have for years been indoctrinated with the humanist and secularist vision of Gene Roddenberry; as the Vietnam war raged in the late 60s and students rioted in the streets of the US and Europe, Roddenberry was able to sell his optimistic pop sci-fi vision across the cathode ray tubes of the world. Kirk, Spock, Bones: American geeks have for years emulated them nearly as much as they emulated rock stars. Yet most Trekkies are probably unaware that their pulp guru Roddenberry was for years an officer with the Los Angeles Police Department. And before Officer Gene managed to get Star Trek aloft, there was...Dragnet, and Highway Patrol (perhaps there are others who might prefer the occasionally noirish Highway Patrol to the NeverNeverLand of ST). Roddenberry also acted as technical consultant for the LA District Attorney while writing scripts and even passed the sergeant's exam in his first attempt. (and many of the ST plots are obvious lifts of greek myths, Shakespeare [probably at least 2-3 riffs from the Tempest] or other sci-fi ala Orwell or Huxley--one could fairly easily demonstrate how the Ho-wood sci-fi industry has turned a tidy profit on Aldous Huxley for decades).

Roddenberry also was a B-17 pilot during WWII, and not the worst of humans, but really closer to an L-Ron Hubbard huckster than to a great intellectual figure; even the pulp space operas of Heinlein, however gawky and occasionally rightist-militaristic, rather superior--certainly in terms of hard science--to the touchy-feely Star Trek spectacle; most Heinlein fans, however, don't really understand what the RAH code consists of (think a hick Nietzsche meets, oh, Oppenheimer). That many naive, middle of the road "liberals" view Roddenberry as some type of visionary should not be that surprising: he's the Good Cop (with the great LAPD squad car, the Starship Enterprise, tragic-hero lite Capn. Kirk and PC socialist Federation) that many liberals (and crimefighter conservatives) dream of being, either explicitly or not.
Posted by J at 7:56 PM 0 comments