Tocqueville: "I have previously stated that the principle of the sovereignty of the people hovers over the whole political system of the Anglo-Americans. Every page of this book will reflect certain fresh instances of this doctrine. In nations where it exists, every individual takes an equal share in sovereign power and participates equally in the government of the state. Thus he is considered as enlightened, virtuous, strong as any of his fellow men."

Tocqueville understands the faulty premise of Jeffersonian democracy (as did TJ, in his gloomier moments). Democracy presupposes that any person is as competent, intelligent and "virtuous" as any other. That is demonstrably false: people vary widely in intelligence and virtue, as a comparison of education scores, or incarceration ratios would show. So "democracy rests on a lie" (Colin McGinn's phrase). D-T also seems to suggest as much: x is "considered" as enlightened as any, but not proven to be. That does not imply, however, the superiority of Pax Regina, except to dolts (a large and controlling tribe, paraphrasing Bierce).

In more formal terms, D-T questions the presumption of agency. That citizens all have the right to vote at 18 does not mean they possess the knowledge to make informed vote-choices; being a citizen in a Democratic society does not mean one is Thomas Jefferson. Criteria does exist for various social roles, employment, for establishing "competent agency," in effect--say driving a car or obtaining an MD--but not for others, such as voting, or running for political office (nor for blogging). It does not seem prima facie unreasonable to require a voting license program similar to a driver's license (or requiring a hs diploma, etc). That might not appeal to the romantic leftist (usually a crypto-rightist anyway) representin' for the Peoples, but would most likely lend a bit more intelligence to the political process. 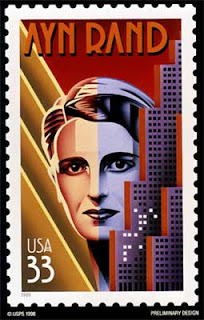 Academics rarely offer some cogent definition of agency for that matter-- anymore than they establish the "Rational Man" standard of Smithian economics (20th century history reads more like the work of Irrational man--). Granting that humans do make choices (even if they are coerced by physiological factors of various sorts--voluntary determinism, aka compatibilism of a sort), some choices are measurably better than others, and in many situations one person is a more competent "chooser" than another. There is a definite tendency among many people, rather Nietzschean and elitist (also seen in Aynnie Rand's pop-Nietzschean ideas) to think that the smarter, competent, more virtuous person has more of a entitlement claim, and greater "rights" of some type than an uneducated or mentally ill, homeless person does (Nietzsche's "chandala"). That's not necessarily mistaken: obviously some people are smarter and more competent than others, and that can be established via various methods, by standardized tests, degrees, credentials, etc. Mistaken however is the usual protestant assumption (or monotheistic, really) that being a good Churchie and believing in Jee-zuss confers some special right..

Indeed, meritocracy (as opposed to naive democracy), given our technological age, would seem to require specified agency criteria. That needn't imply elitism of the Nietzschean sort: rational-agent Meritocracy could be to the advantage of intelligent progressive politics, and a means to dismantling oligarchies of various sorts (say "natural fortune" in Rawlsian terms). Meritocracy based on carefully defined agency-criteria could create a more even, and fairer playing field. Rawls also requires that humans who make disinterested decisions regarding society via his "veil of ignorance" be rational, though he does not hash that out too much (what would be sufficient to establish rationality, and a sort of political-participation right? a HS diploma, or an MD). Meritocracy could in principle avoid the problems of populism, of economic disparity--like that between rich pimps n ho's and starving Einsteins and Jeffersons--and ameliorate mob rule in general (whether that's a mob of biblethumpers for Sarah Palin, or a mob of sans cullottes bent on smashing the state)---don't hold your breath.
Posted by J at 2:43 AM