Bergson
"....Bergson's original training was in mathematics. Bergson won the first prize in mathematics for the prestigious “Concours Général,” which led to the publication of his solution to a problem by Pascal in 1877. Bergson nevertheless chose to prepare for the École Normale in the letters and humanities section. His math teacher, disappointed, famously claimed, “you could have been a mathematician; you will be a mere philosopher”"".

""""Bergson's position is illustrated — and what is to be said in criticism may also be aptly illustrated — by Zeno's argument of the arrow. Zeno argues that, since the arrow at each moment simply is where it is, thereforethe arrow in its flight is always at rest. At first sight, this argument may not appear a very powerful one. Of course, it will be said, the arrow is where it is at one moment, but at another moment it is somewhere else, and this is just was constitutes motion. Certain difficulties, it is true, arise out of the continuity of motion, if we insist upon assuming that motion is also dis-continuous. These difficulties, thus obtained, have long been part of the stock-in-trade of philosophers. But if, with the
mathematicians, we avoid the assumption that motion is also discontinuous, we shall not fall into the philosopher's difficulties. A cinematograph in which there are an infinite number of films, and in which there is never a next film because
an infinite number come between any two, will perfectly represent a continuous motion. Wherein, then, lies the force of Zeno's argument ?

Zeno belonged to the Eleatic school, whose object was to prove that there could be no such thing as change. The natural view to take of the world is that there are things which change ; for example, there is an arrow which is now here, now there. By bisection of this view, philosophers have developed two paradoxes. The Eleatics said that there were things but no changes ; Heraclitus and Bergson said that there were changes but no things. The Eleatics said there was an arrow, but no flight ; Heraclitus and Bergson said there was a flight but no arrow. Each party conducted
its argument by refutation of the other party. How ridiculous to say there is no arrow ! say the " static " party. How ridiculous to say there is no flight ! say the " dynamic " party. The unfortunate man who stands in the middle and maintains that there is both the arrow and its flight is assumed by the disputants to deny both ; he is therefore pierced, like St. Sebastian, by the arrow from one side and by
its flight from the other. But we have still not discovered wherein lies the force of Zeno's argument. 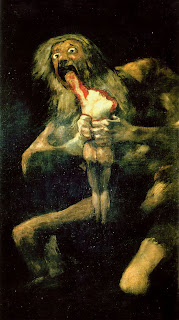 Zeno assumes, tacitly, the essence of the Bergsonian theory of change. That is to say, he assumes that when a thing is in a process of continuous change, even if it is only change of position, there must be in the thing some internal
state of change. The thing must, at each instant, be in-trinsically different from what it would be if it were not changing. He then points out that at each instant the arrow simply is where it is, just as it would be if it were at rest.
Hence he concludes that there can be no such thing as a state of motion, and therefore, adhering to the view that a state of motion is essential to motion, he infers that there can be no motion and that the arrow is always at rest.

Zeno's argument, therefore, though it does not touch the mathematical account of change, does, prima facie, refute a view of change which is not unlike M. Bergson's.
How, then, does M. Bergson meet Zeno's argument ? He meets it by denying that the arrow is ever anywhere. After stating Zeno's argument, he replies : " Yes, if we suppose that the arrow can ever be in a point of its course. Yes again, if the arrow, which is moving, ever coincides with a position, which is motionless. But the arrow never is in any point of its course " (C. E., p. 325). This reply to Zeno,
or a closely similar one concerning Achilles and the Tortoise, occurs in all his three books. Bergson's view, plainly, is paradoxical ; whether it is possible, is a question which demands a discussion of his view of duration. His only argument in its favour is the statement that the mathematical view of change " implies the absurd proposition that movement is made of immobility " (C. E., p. 325). But the
apparent absurdity of this view is merely due to the verbal form in which he has stated it, and vanishes as soon as we realise that motion implies relations. A friendship, for example, is made out of people who are friends, but not out of
friendships ; a genealogy is made out of men, but not out of genealogies. So a motion is made out of what is moving, but not out of motions. It expresses the fact that a thing may be in different places at different times, and that the places
may still be different, however near together the times may be. Bergson's argument against the mathematical view of motion, therefore, reduces itself, in the last analysis, to a mere play upon words. And with this conclusion we may pass
on to a criticism of his theory of duration. """""

Russell on Bergson, though perhaps not quite getting it. The description of the event does not equal the perception of the event; the perception of event is not the Event itself. Change Zeno's arrow to a cannonball, however, and given a certain force of detonation, the trajectory may be mapped out, kill count estimated, whether one calls it motion or not.
Posted by J at 7:58 AM