"...Here is where modern science and British empiricism (which can be characterized as the working philosophy of most scientists) enter. Science explains the visible world, let’s say the structure of matter, by appealing to the invisible one, the properties of atoms. So, why can’t science postulate an invisible Intelligent Design to account for the origin of the Universe or its unexplained properties? The difference is that we do not use merely the word "atom" in our explanations, but also their many quantitative and testable properties. On the other hand, the Design of the ID movement is just a word -- nobody has ever proposed that it possesses any given properties, nor how, if such properties were proposed, one could test them. The postulated Design has just whichever properties were needed to make the world as it is and not otherwise. But then why was the ID not intelligent enough to create a world without birth defects, tsunamis or American imperialism ? The only thing that the defenders of ID are able to establish is that there are certain things we don’t know -- and with that, of course, all scientists agree.

Because of the specificity and testability of its explanations, modern science has introduced a new factor into the spiritualism/materialism debate that was absent among the classical materialist philosophers. The latter had their hearts in the right place but, because of lack of experiments, their physics was fanciful and open to the objection that it was not any more credible than religious stories. Since then, modern science has turned the tables decisively in favor of materialism.

More to the point, this postulated Design has nothing whatsoever to do with the Gods of the traditional religions. Theologians constantly try to present such "arguments" as ID in favor of a deity as if they supported their favorite belief systems. But those belief systems are all based on some kind of revelations and "sacred" scriptures. Even if the ID arguments were valid, they would tell us nothing about particular revelations. The God of ID is a philosopher’s God, like the one whose existence St Thomas Aquinas or Descartes thought to have proven. But the God of the traditional religions is entirely different. It is a being that defines what is good and evil, answers our prayers, and punishes us in the afterlife. Those belief systems are even more radically undermined by modern science than ID. Indeed, whenever one looks at the facts in an undogmatic way, the sacred books turn out to be essentially wrong. Not only about evolution but about almost everything. There is no independent evidence for the story told in the Gospels, the Bible is mythological, and even the Jewish people is, as Shlomo Sand puts it, "an invention" .

Given that, there are two routes open to the believer. There is that of Sarah Palin, clinging literally to the belief system, in spite of all evidence to the contrary. That school of Christians enter into direct conflict with science. Or one can choose the metaphorical route, which most liberal and European Christians (including even the Pope, at times) follow -- declare that, whenever the Scriptures conflict with science, they have to be "interpreted" in a non-literal way. That leads to total defeat for religious belief, because, if the parts of the Scriptures that can be checked with the facts are not to be taken seriously, why pay any attention to the parts that cannot be checked (notably concerning Heaven and Hell or God himself )? The whole of liberal Christianity is the result of a double standard: follow the Scriptures whenever they are "metaphysical" or ethical and cannot be checked independently, and discard them when they can. Since God is not good enough to tell us what he really meant in his "revelations", and which parts have to be taken seriously and which parts not, we are left with total arbitrariness.

People who call themselves agnostics are often confused about these two notions of God. What they claim to be agnostic about is the philosopher’s god not, say, the Gods of Homer. With respect to the latter, they are atheist, just as all religious people are atheist with respect to all gods except their own.

It is also a pity that some secular leftists, like Stephen Jay Gould, support liberal Christianity with the idea of non-overlapping magisteria (NOMA): science deals with facts, religion deals with values. But if you really remove all statements of facts from religion, including those about the existence of God or of Heaven and Hell, then why should one care about what religion says about values ? (That is why the NOMA argument adds to the confusion on the secular side, but is rarely accepted by the religious one).""""

A point worth re-iterating: "since then, modern science has turned the tables decisively in favor of materialism." Many in Consumerland (even in the universities of Consumerland) can't quite realize that point, and instead insist that quantum mechanics and the latest findings of physics (or what they take to be physics) provides support for their own brand of mysticism (be it monotheistic, or otherwise). Bricmont reminds us that materialism has not been overthrown, but updated and revised (as Einstein, not a mystic or immaterialist, asserted as well). Or in the words of one Professor Beiser--not quite a Bricmont, but not lacking a materialist sensibility, when you're dead, you're dead.

Bricmont, however, like many scientific materialists, does not quite realize all the entailments of his ontology (at least in this essay, and others I have read): assuming his physicalism (and no transcendent soul/ego), AND, at the same time assuming that thinking exists/occurs (like Bricmont thinking through the ideas for this essay) , bio-chemical matter then itself must think (a rather odd point that some material minded idealists, like Schopenhauer, understood--and perhaps Hegel and Marx in some sense). The Idea realizes itself in the human brain........... 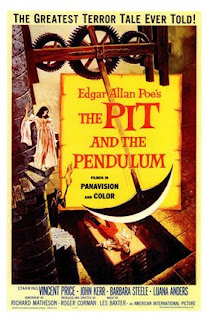 (continued). Bricmont thus might be classified (by those who specialize in such things, like Dennett) as a greedy reductionist. While scientific materialism may be the most plausible ontological account of "reality" for lack of a better term, that doesn't mean that much. Humans still think and make decisions, even if a Bricmont (or Searle, or Skinner, etc.) insists all decisions are determined by biological- genetic, and/or environmental factors (tracing those causal determining factors still out of reach as well); and they are to be held accountable for those decisions, just as someone making a wrong answer on a test, or a bad move in chess is held accountable--not only by say losing the game, but by subsequent analysis showing what went wrong.

It seems quite evident (considering a game of skill like chess, or Dreyfus' example of learning to drive, or a person deciding to commit a crime) that in many situations, a person does have a definite decision which results in different outcomes, and that one choice (or move) was better or more successful than another--he could have done differently (chess opening analysis seems to suggest this as well---had Karpov moved this way instead of that, he would have beaten Kasparov, etc). The beginner who brings out his queen early will probably lose: with more skill, he no longer does that. The ability to plan, and envision future scenario also poses a problem for deterministic views--how does bio-chemical matter (ala a brain) envision future events, even a few moves ahead on a chess board? Rather difficult to explain via the Bricmontian clock-physics.

However quaint or macabre Marx might seem to some, he addressed some of the implications of a Bricmontian materialism (ie psychological implications) over 100 years ago: humans may be determined to some degree (in Hegelian terms, that determinism, or conditioning is mediated--), but they are not merely animals responding to stimuli, or following some primitive algorithms. Marx's criticism of the older materialism of Feuerbach thus still seems pertinent, given the prevalence of Feuerbach-like Bricmonts (though Jean's a rather high-powered Feuerbach): “The chief defect of all previous materialism — including Feuerbach’s—is that the object, reality, sensibility, is conceived only in the form of the object or as conception, but not as human sensory activity..." .

It's difficult to think of a Beethoven symphony--or the invention of integrals for that matter-- as causally determined in the Bricmontian, mechanistic sense; there does seem to be a human sensory activity implied (or dare we say conceptualization of some sort, without affirming any metaphysical ghosts). Brains aren't machines, or CPU's; brains may have some CPU-like characteristics (or, rather CPUs have brain-like characteristics), but there's more to it, a lot more to it; at the same time, objecting to strict determinism ala Bricmont does not thereby necessitate belief in a soul-ghost.

Anonymous said...
This comment has been removed by a blog administrator.
9:06 PM

So, that means you agree with the fundamental premise of determinism (one even Einstein agreed to) that "every event has a cause," or ....no? Either way, human agency seems rather difficult to account for: if acts are due to (preceded by) physical, causal factors (neurological, genetic or environmental) then humans are not free (and hardly responsible for actions) OR, there is some random factor (possibly quantum indeterminacy) that seems to allow for what we call "Freedom"--in that case humans not really responsible for their acts either (some neurological roll of the dice led to say Patty Krenwinkle's night on the town??). Or do you go back to Descartes......

It's really quite a more difficult and perplexing issue than most moralists (even Liberal moralists) realize--as Marxy Marx realized, or Hume (as well as a few modern physicists, including Einstein and Eddington).