"""The neo-Hegelian, romantic, Marxian standpoint was wholly
personal, whereas the evolutionistic -- it may be called
Darwinian -- standpoint is wholly impersonal. The continuity
sought in the facts of observation and imputed to them by the
earlier school of theory was a continuity of a personal kind, --
a continuity of reason and consequently of logic. The facts were
construed to take such a course as could be established by an
appeal to reason between intelligent and fair-minded men. They
were supposed to fall into a sequence of logical consistency. The
romantic (Marxian) sequence of theory is essentially an
intellectual sequence, and it is therefore of a teleological
character. The logical trend of it can be argued out. That is to
say, it tends to a goal. It must eventuate in a consummation, a
final term. On the other hand, in the Darwinian scheme of
thought, the continuity sought in and imputed to the facts is a
continuity of cause and effect. It is a scheme of blindly
cumulative causation, in which there is no trend, no final term,
no consummation. The sequence is controlled by nothing but the
vis a tergo of brute causation, and is essentially mechanical.
The neo-Hegelian (Marxian) scheme of development is drawn in the
image of the struggling ambitious human spirit: that of Darwinian
evolution is of the nature of a mechanical process.6 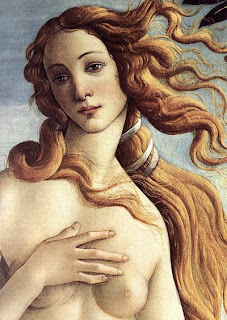 What difference, now, does it make if the materialistic
conception is translated from the romantic concepts of Marx into
the mechanical concepts of Darwinism? It distorts every feature
of the system in some degree, and throws a shadow of doubt on
every conclusion that once seemed secure.7 The first principle of
the Marxian scheme is the concept covered by the term
"Materialistic," to the effect that the exigencies of the
material means of life control the conduct of men in society
throughout, and thereby indefeasibly guide the growth of
institutions and shape every shifting trait of human culture.
This control of the life of society by the material exigencies
takes effect thru men's taking thought of material (economic)
advantages and disadvantages, and choosing that which will yield
the iller material measure of life. When the materialistic
conception passes under the Darwinian norm, of cumulative
causation, it happens, first, that this initial principle itself
is reduced to the rank of a habit of thought induced in the
speculator who depends on its light by the circumstances of his
life, in the way of hereditary bent, occupation, tradition,
education, climate, food supply, and the like. But under the
Darwinian norm the question of whether and how far material
exigencies control human conduct and cultural growth becomes a
question of the share which these material exigencies have in
shaping men's habits of thought; i.e., their ideals and
aspirations, their sense of the true, the beautiful, and the
good. Whether and how far these traits of human culture and the
institutional structure built out of them are the outgrowth of
material (economic) exigencies becomes a question of what kind
and degree of efficiency belongs to the economic exigencies among
the complex of circumstances that conduce to the formation of
habits. It is no longer a question of whether material exigencies
rationally should guide men's conduct, but whether, as a matter
of brute causation, they do induce such habits of thought in men
as the economic interpretation presumes, and whether in the last
analysis economic exigencies alone are, directly or indirectly,
effective in shaping human habits of thought.""""

To reiterate: "Whether and how far these traits of human culture and the
institutional structure built out of them are the outgrowth of
material (economic) exigencies becomes a question of what kind
and degree of efficiency belongs to the economic exigencies among
the complex of circumstances that conduce to the formation of
habits." Sehr schoen. Pure Veblen-speak--.
Posted by J at 11:08 AM