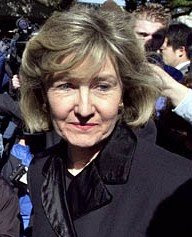 Hottay of the Texass GOP.

Nature has given women so much power that the law has very wisely given them little. ~Samuel Johnson

Bride: A woman with a fine prospect of happiness behind her. Ambrose Bierce.

Dramatic art in her opinion is knowing how to fill a sweater. ~Bette Davis, about Jayne Mansfield

If women didn't exist, all the money in the world would have no meaning. ~Aristotle Onassis

The essence of life is the smile of round female bottoms, under the shadow of cosmic boredom. ~Guy de Maupassant Oo lala lalalalala lah


Don't wait for the good woman. She doesn't exist.CHARLES BUKOWSKI.


Heh heh. Doc Bukowski appears to have won
Posted by J at 1:25 PM