""""When I spoke to Žižek on the telephone from New York, where he'd been giving a series of talks on the financial crisis and Barack Obama's healthcare plan, I asked him what relation he thought his work has to the mainstream of normative, liberal political theory done in British and American universities.

He took the example of arguably the most influential work of political philosophy written in English in the past 40 years, John Rawls's A Theory of Justice. Central to Rawls's argument in that book is something he calls the "difference principle", according to which inequalities in the distribution of goods can be justified so long as they benefit the worst off. In Žižek's view, "Rawls's model works on one fateful condition: that there is no resentment . . . Rawls doesn't take into account the irrationality of envy. In capitalist relations today, envy is crucial. Never underestimate the power of envy. Although Rawls and other egalitarian liberals want to be 'no-bullshit' analysts, the ultimate image of the human being on which their accounts are based is way too naive and utopian."

Žižek is equally unforgiving of those further to the left of Rawls. "I've noticed how many of the people who consider themselves to be more radical than the liberal standard do not work in political theory proper but, as it were, hide themselves as literary critics or philosophers. It's as if their radicalism is an excess which requires them to change genre.""""" 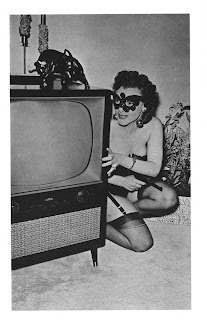 "Throughout I have assumed that the persons in the original position are not moved by certain psychological propensities. A rational individual is not subject to envy, at least when the differences between himself and others are not thought to be the result of injustice and do not exceed certain limits." (John Rawls, A Theory of Justice).
Posted by J at 9:33 AM

this is sort of interesting
the rise of special interest group envy and hatred...aspects of that permeate church politics these days

it's a sad world if people can't be happily naive anymore

I might have prefaced the comment with an intro. but also realized that loyal Contingencies fans would click the link and make the inference (--well, most would, excepting the mormon and/or baptist cyberstalkers) .

I'm not really a Zizekean (though respect his Hegelian aspects, a bit) and find his objections to Rawls a bit ...oh..... conclusionary, or lightweight. Rawls' ToJ offers a fairly tight political scheme for moving towards egalitarianism--via an update of the social contract .

Most people read a few quotes, or peruse the Wiki, but those who have read a good bit of ToJ (as I did a few years ago) will find that it's quite worked out. Many in the Academy reject it (as did that philosopher of vegass-libertarianism, Bob Nozick), but at least they take it on, address specific political or economic points. A Zizek sort of just growls.