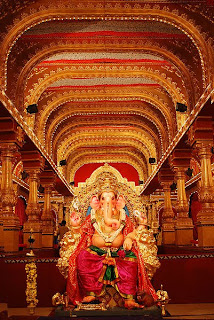 "In the morning I bathe my intellect in the stupendous and cosmogonal philosophy of the Bhagavat Geeta, since whose composition years of the gods have elapsed, and in comparison with which our modern world and its literature seem puny and trivial; and I doubt if that philosophy is not to be referred to a previous state of existence, so remote is its sublimity from our conceptions. I lay down the book and go to my well for water, and lo! there I meet the servant of the Brahmin, priest of Brahma, and Vishnu and Indra, who still sits in his temple on the River Ganga reading the Vedas, or dwells at the root of a tree with his crust and water---jug. I meet his servant come to draw water for his master, and our buckets as it were grate together in the same well. The pure Walden water is mingled with the sacred water of the Ganges."

Thank you, that was extremely valuable and interesting...I will be back again to read more on this topic.

Thoreau was wrong. Hinduism is nothing more than a type of pagan idolatry, ese. They worship creation and not the Creator. Jesus doesn't approve of elephant gods or sacred cows or the 8 armed demons and all the other freaks.

Read the Wiki article on Ganesh Chaturthi, Pz, not just Thoreau's non mots. Ganesh is not.. a monotheistic G*d. Hindu deities should be considered mythological symbols of a sort (it's more complex than that...but that will suffice for starters).

Ganesh symbolizes perseverance in a sense-- with his elephant strength, he helps humans overcome obstacles. Ganesh is sort of a prosperity icon, if you will. At times a rat is shown next to his feet: he crushes the rats! (at least in some readings).

He's nearly an icon of indian nationalism itself. The British despots actually forbade Ganesh festivals: for one, Indians would meet at the festivals and plot against the british imperialists. Elephants are also an important part of the economy. So in a sense it's...a blessing of creation, not merely idolatry.

Note that hindu icons generally relate to the observable world: they manifest themselves on the real world--there are ...10,000 names of shiva, etc. (some hindu sects are polytheistic, but not all are)--there are cosmic battles of sorts underway Pz! Kali defeats Krishna. "Good" does not always win--so, to be brief, the ancient hindu sages avoided the problems of an abstract monotheistic Being: like reality itself the Hindu religion suggests ... plurality (and...biological taxonomy is plural as well), tension, struggle even...dialectical process (tho closer to Schopenhauer than Hegel)... rather than the bogus unity of judeo-christian-muslim monotheism.

yo J, did you note byronius on New Worlds, talking about the loco Machete flick? He says..."Horta", for "jota" not even knowing a word of street spanish . Heh heh. Byronius es la pinche jota, eh.

Pz I don't bother with those jotos. Byronius is a white trash sunday schooler, a Mormon, log cabin republican, and Schwarzenegger and McCain supporter, anyway, just doing a liberal-lite schtick,. like the rest of the NWers. Xanaxius

Rodriguez's flicks are merely high-powered cartoons. As are Tarentino's. Dusk to Dawn was fun for about half hour, then wore on, until you turn the ugly thing off. I'm not down with the McCain sorts but who gives a F. what hollywood says about anything (even the supposed hip PC ho-wood). Actors are ....rightists, even when they're pretending to be radicals.


Hinduism isn't new age, btw. It's old age, ancient age, really. I am not saying take it literally either. Im saying the hindu icons, like Ganeesh, have metaphorical power and significance.