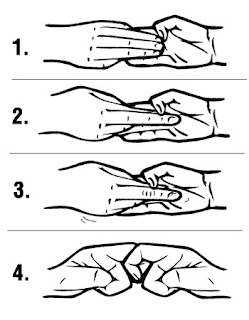 what's that patch on GlennBeck's sweater??

The influence of Freemasonry in protestant Europe and early America can hardly be denied, but I don't believe the tradition of freemasonry has been as sinister as you suggest--at any rate, you haven't established that. Some of the Founders belonged to masonic lodges--Washington and Ben Franklin, two prominent examples. Franklin was quite charitable, and an abolitionist, and anti-royalist, along with his other accomplishments --inventor, scientist, etc. Therefore, at least one Freemason was not the diabolical sort--a Pike-- as you assume

They are all Pikes insofar that freemasons swear --on pain of death, reportedly--to uphold their secret oaths.

AS you may have noted, my ideas on this topic are influenced by JQ Adams--his essay On the Masonic Institution in particular. JQA was adamantly anti-masonic--and masonry was a rather controversial subject in early America.

Many in Consumerland might think freemasonry's a quaint, mostly forgotten practice--that is, until some celebrity pundit shows up on Prime Time wearing the masonic compass, or discovering that Steve Wozniak belongs to a lodge, etc. Mormonism itself has many connections to freemasonry (Mitt Romneyoid, official Freemason candidate for POTUS)