Cockburn, regardless of what one thinks of his politics (Alex waxes a bit bolshevik at times, unfortunately), describes Obama the Equivicator pretty effectively, though Cockburn's no-frills writing might hurt the feelings of the typical latte-swilling vichy-crat:

As a political organiser of his own advancement, Obama is a wonder. But I have yet to identify a single uplifting intention to which he has remained constant if it has presented any risk to his progress. We could say that he has not yet had occasion to adjust his relatively decent stances on immigration and labour-law reform. And what of public funding of his campaign? Another commitment made becomes a commitment betrayed. His campaign treasury is a vast hogswallow that, if it had been amassed by a Republican, would be the topic of thunderous liberal complaint.

Obama's run has been the negation of almost every decent progressive principle, with scarcely a bleat of protest from the progressives seeking to hold him to account. The Michael Moores stay silent. Obama has crooked the knee to bankers and Wall Street, to the oil companies, the coal companies, the nuclear lobby, the big agricultural combines. He is more popular with Pentagon contractors than McCain, and has been the most popular of the candidates with Washington lobbyists. He has been fearless in offending progressives, constant in appeasing the powerful. 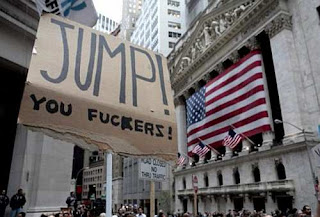