Mencken on the absurdity of American democracy--"the domination of unreflective and timorous men, moved in vast herds by mob emotions":


"....when a candidate for public office faces the voters he does not face men of sense; he faces a mob of men whose chief distinguishing mark is the fact that they are quite incapable of weighing ideas, or even of comprehending any save the most elemental—men whose whole thinking is done in terms of emotion, and whose dominant emotion is dread of what they cannot understand. So confronted, the candidate must either bark with the pack, or count himself lost..."" 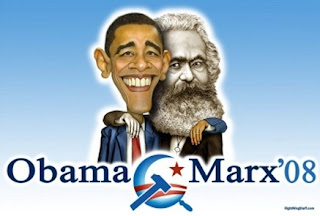 """"The larger the mob, the harder the test. In small areas, before small electorates, a first-rate man occasionally fights his way through, carrying even the mob with him by the force of his personality. But when the field is nationwide, and the fight must be waged chiefly at second and third hand, and the force of personality cannot so readily make itself felt, then all the odds are on the man who is, intrinsically, the most devious and mediocre—the man who can most adeptly disperse the notion that his mind is a virtual vacuum.

The Presidency tends, year by year, to go to such men. As democracy is perfected, the office represents, more and more closely, the inner soul of the people. We move toward a lofty ideal. On some great and glorious day the plain folks of the land will reach their heart's desire at last, and the White House will be adorned by a downright moron.""""

What's that entail? NO on BO, the peoples' choice--that the peoples want BO does not imply he deserves to be wanted. Menckenian invective may illustrate the problem of the tyranny of the majority, but it's sort of a chestnut of political and philosophical thinking. As JS Mill-- Liberal par excellence--and other thinkers realized years ago, approval of a candidate (or policy) via majority decision does not imply that the most qualified person is selected (rather obvious, except maybe to ACORNocrats). What the Peoples decide upon has no necessary relation to the proper course of action, politically, economically or otherwise. During the early days of French Revolution, the extreme left of the Montagnards (mostly jacobins) had more voting power than did the moderate Girondists, yet were hardly doing the right thing--deposing the monarchy is one thing (agreed to by Girondists), killing them, and thousands of others (including girondists, like Condorcet), Nyet.

Majorities voted in Bush (at least popular vote in 2004). They voted in Feinstein (supposedly). Hitler and Mussolini were elected by majorities, initially (before ending voting). Even in small-scale situations a consensus often has no relationship to truth. Asking for a show of hands at Denny's to a supply curve problem will not generally produce the right answer. A consensus of baptists, millions of 'em, regarding the authenticity of the Book of Revelation does not magically make the bizarre visions of the Book true.

Similarly, if a person is a downright moron, his vote means nothing (and really might be viewed as a mistake). Obvious, except to like liberals on crack. Were society comprised of Menckens and Thomas Jeffersons and/or Jeffersonettes, yes, a popular vote would be meaningful. It's not. Society's comprised of downright morons (and moronettes), for the most part, many of whom, especially in Californication, who are HS dropouts, can't read write or solve pie graph problems (the peoples the DNCocrats bank on). Holy Pie Graph Problem at the Election Booth Batman.


The Founding Fathers concerned themselves with this issue; even the more "liberal" such as Jefferson realized the potential danger of democracy via mob rule. Madison (Publius) in the Federalist papers writes at length about the danger posed by "factions" (Hamilton, old-school Hobbesian I suspect, also favored more centralized control and less power to legislature) Fears of mob rule arguably resulted in the electoral college, and executive and judicial controls on the legislature. Problems may also arise with a Federalist model as well of course (exemplified by Il Duce scalia's theocratic control of the SCOTUS).

All rather obvious, except to the anti-rationalists and quasi-psychotic cyber-leftists spewing their bubblegum -marxism ad nauseum (Marx himself was profoundly anti-democratic, and thus opposed to the vote, for better or worse).

(BO seems too corporate to be a real communist, tho' he did pal around with some reds, as the Ayers connection shows. His record does show him to be Fed-statist, not afraid of denying civil liberties (ie pro FISA, PatAct, etc.) and pro-union at any cost, i.e. owned by Chevvy. Connect the dots. this message approved by Anarchists Not for Obama)
Posted by J at 7:19 AM