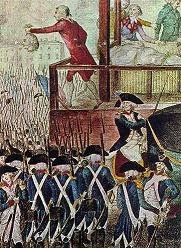 "The concept of ‘truth’… has inculcated the necessary element of humility [into politics]. When this check upon pride is removed, a further step is taken on the road towards a certain kind of madness - the intoxication of power."

A majority intoxicated with power may vote in an Al Capone, and mobster-politicians remain a political force--(in italian or russian politics, or chi-town for that matter). Unlikely Kid Obama will help mobsters out too much (at least in CA), unless they already have an inside connection, like a Colin Powell, or Mayor Villaigarosa. Fuggetaboutit.
Posted by J at 3:45 PM