The Power that Made the Body Heals the Body, Brruthrr (Chiro-quacks, cont.)

"""Exemption clauses instead of chiro laws by all means, and LET THAT EXEMPTION BE THE RIGHT TO PRACTICE OUR RELIGION. But we must have a religious head, one who is the founder, as did Christ, Mohamed, Jo. Smith, Mrs. Eddy, Martin Luther and others who have founded religions. I am the fountain head. I am the founder of chiropractic in its science, in its art, in its philosophy and in its religious phase. Now, if chiropractors desire to claim me as their head, their leader, the way is clear. My writings have been gradually steering in that direction until now it is time to assume that we have the same right to as have Christian Scientists."""" (DD Palmer, founder of "Chiropractics")

Palmer's "subluxation" was a quack idea and hustle from the start and motivated by religious, if not racial factors. The early chiros played on fears of vaccination--vaccines devised by foreigners, frenchmen, "zionists," and so forth. Keep the American Christian blood of your children untainted by the pollution of modern medicine, pilgrim, and instead use the natural chiropractic cure! (Note "Jo. Smith"--the founder of Mormonism, who supposedly saw the Golden Plates--listed among the Visionaries in Palmer's rant). Palmer, a "magnetic healer", and grocer or something--and not qualified in medicine whatsoever--insisted that vaccines and modern medicine were superfluous; instead, the Spine held the secrets to Health: "A subluxated vertebra, a vertebral bone, is the cause of 95 percent of all diseases."

Physicians opposed Palmer's Chiropractic from its commencement. As one skeptic of chiropractic,Dr. Jarvis states, "Palmer contrived the notion that "subluxations" of the spine impinge nerves, interfering with nerve flow, which he dubbed the Innate Life Force, and that all a practitioner had to do was to adjust the spine -- the healing powers of nature would do the rest. Neither Palmer nor any other chiropractor has ever been able to reliably demonstrate the existence of "subluxations," much less validate their importance to health and disease." The AMA rightfully listed Chiropractic as quack medicine starting in the 20s, and that lasted until 70s, when they re-classified it as "alternative medicine", along with like herbal remedies and acupuncture--Chiropractic still in the class of Bogus for most reasonable humans. 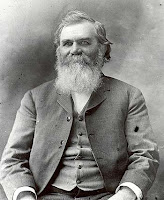 Chiropractors have attempted to reconcile their quasi-metaphysical "subluxation" concept with modern medical science, but experiments have consistently revealed no empirical support for subluxation (not surprising, since Palmer claimed the spinal column was more or less the meeting place between the immortal soul and the human body) . A few chiros may be skilled enough to offer a type of physical therapy for spinal injuries (that is, when they read the X-rays correctly), yet any competent physician--if not RN--possesses that skill. The treatments of back injuries are better left to the physician.

The chiro. biz also depends upon misleading and fraudulent advertising and marketing and that involves not only the DCs (not MDs or Dr.s), but the businesses which cater to DCs and the offices. Bunko artists market supposedly "ergonomic" pens and keyboards which will sooth and alleviate back injuries (if not anything which ails ye) because of some mysterious "subluxational" realignment (as one Sacramento chiro-bunko artist claims of his gimcracker pens, "Drop off a bundle at your community’s welcome wagon, and automatically introduce yourself to every new family in the area!""). Often the advertising goes beyond mere misrepresentation and verges on a type of medical malpractice: some gullible elderly persons with back injuries could conceivably see these bent pens or "ergonomic" keypads and think they will eliminate their back pains or spinal injuries merely by using the bentpen or asymmetrical keypad. The false claims and misleading advertising of the Chiro-quacks have, in fact, been subjected to litigation, and the chiropractor business has declined by over 25% in the last decade. Hopefully that will be 100% in the next few years: and the hucksters and bunko artists will return to flipping 'cakes at the IHOP, methodist-mormon preaching, tire-busting.