"""But for their right to judge of the law, and the justice of the law, juries would be no protection to an accused person, even as to matters of fact; for, if the government can dictate to a jury any law whatever, in a criminal case, it can certainly dictate to them the laws of evidence. That is, it can dictate what evidence is admissible, and what inadmissible, and also what force or weight is to be given to the evidence admitted. And if the government can thus dictate to a jury the laws of evidence, it can not only make it necessary for them to convict on a partial exhibition of the evidence rightfully pertaining to the case, but it can even require them to convict on any evidence whatever that it pleases to offer them.

That the rights and duties of jurors must necessarily be such as are here claimed for them, will be evident when it is considered what the trial by jury is, and what is its object. "The trial by jury," then, is a "trial by the country" - that is, by the people - as distinguished from a trial by the government.""""

Spooner correctly perceived the possible dangers of corrupt judges or prosecutors issuing mistaken or misleading instructions to a jury. Spooner's usually dismissed as a quack, or libertarian, if not "anarchist"--that is, if anyone considers him at all; yet Spooner should be praised for his leftist-Lockean distrust of the magistrates, and indeed of Federalism: Spooner's sort of the good libertarian, or authentic Jeffersonian, perhaps even slightly Jacobin-ish--without Jeff's own hypocrisies and shortsightedness. Spooner was not some proto-vegass libertarian, however, but opposed the robber barons, and financiers of his time (Spooner was also an abolitionist in principle--a sober rather than hysterical sort. And he detested Lincoln). 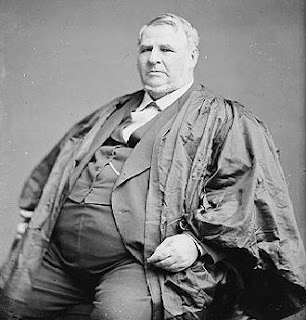 Spooner's leftist populism has problems similar to those posed by Lockean rights as a whole--e.g., "the violence of majority faction", as Madison puts it in the Federalist papers (tho' it's unanimous rather majority rule in the case of a Jury--another proverbial bone of contention). He puts his trust in the people, rather than in the govt. or judiciary. There are obvious flaws with any ideology which relies upon Vox Populi, even at the level of a jury (or for that matter, believing that majority rule equals the summum bonum; what can be said about democracy, when a majority of Kalifornians voted in Ahhnuld the Dyslexic Millionaire?? Nada). For one, the peoples may not really be qualified to assess evidence, especially in this age of high-powered forensics technology and ballistics--not kidding, you say, but then why do most still consider the Jury sacrosanct?/. That's not to say the DA's office, or Cop Shoppe are to be trusted either (as Spooner well knew). Most humans simply don't take the time to consider the inductive issues involved with assessing any sort of evidence, whether circumstantial (ie involving an inference) or direct, or in regards to testimony. That's lawyer business (really quite a simple type of business).

Unfortunately jury-men (and jury Gals) are not typically Aristotles, or AJ Ayers--I am quite sure Spooner was aware of that; his point seems to be that the possible wrongdoings committed by jury do lesser harm than wrongdoings by the State, or by judicial fiat, taken as a whole, or ceteris paribus as the Blacksteins put it . Jury-people are prone to being swayed by emotions, by grandstanding DA's, by a show of power--whether that of bailiff boys in their jackboots, and Judge Coolaputia in its black dress. And as any smarmy Teevee cop drama shows, courtrooms are often the most swingin' place in town. Most prosecutors are pals with the Judge, probably play golf out at Podunkville CC on weekends, their wifeys head out on shopping sprees to-getha. The defense attorneys on the other hand tend to be shabby hustlers (not all, but ...most). The accused are more or less extras...

Spooner, notwithstanding his slightly naive belief in the peoples, demonstrated the actual socio-historical situation of citizens facing the Law, the situation of no-man's land: an innocent defendant is subject to tyrannical prosecutors who have no problem with lying to win a case (the Govt. commits perjury when necessary as Spooner says), and also subject to the whims of jury-peoples who often merely react to the appearance of a "perp", and decide he is guilty (or conversely, might approve of the look of another defendant, and vote for his innocence, when he isn't.).Or they may just be good xtians, recall Romans 13, and follow the orders of the heroic Prosecutor-Hero in his expensive Suit, spewing his eloquent mendacity. So it goes.
Posted by J at 9:43 AM

All the alternatives are worse.

Spooner might not care, but the right of appeal is a pretty big deal. I've gotten jury verdicts overturned, although not as often as I've tried, of course.

In Montana, there's a group trying to get a measure on the ballot that would allow citizen-convened grand juries. It's being sold as a bulwark of liberty, but it'll be basically a venue for witch hunting, if permitted.

Well, wouldn't an informed jury be preferable to the, uh uninformed jury?? Spooner sort of overlooked the populism issue and problems thereof. A Jury does sort of provide an impartial, and objective standard--in theory. However, I don't think that most ordinary John Does (or Jane Does, O Juan and Juanita Does) really understand the problems of evidence, especially with the high-powered forensics science, etc, much less the legal issues.

Ergo I sort of oppose the Jury-concept, but do not thereby bless the existing prosecutorial/adversarial model (and not trying to be some fancy legal theorist here, but approaching more from...a logical point of view--with a hint of pragmatism, perhaps).

The adversarial model seems weird and inapplicable not to say anachronistic in many instances, where there is no clear and convincing evidence of X's guilt. Both sides are required to fib, and instead of saying "this might be the case", or Osiris forbid, assigning probabilities, they insist "this is the case."

That's going down in the Jennings melodrama right now. Blake in fact offered another line of crap, saying he had circumstantial evidence of Jennings guilt, based on his inconsistent testimony. That's BS. Testimony is NOT evidence, really--(not sure of what law texts say). It might be used as such, but really that is old-fashioned backwoods-court manipulation--I would say nearly any testimony from a defendant, or even witnesses, should be disregarded in a fair trial. The DA's office has little or NO circumstantial evidence to convict Jennings (liek prints, DNA, weapon, footprints, etc). It's not a "largely circumstantial" case (as the dimwitted Valley Press go-boy insists), it's a largely invented and fraudulent case. It'snot merely that the inferences are not warranted; it's that there is no PHYSICAL evidence which would allow such inferences.

Anyway, what did Jefferson hisself say about trials, and wrongful convictions? Better that four guilty go free, than one innocent be falsely convicted, or something (the numbers have been altered at times).

For that matter, "thou shalt not bear false witness" works in certain cases. I m not so down with sunday school, but even non-believers, or agnostics, secularists should take issue with machiavellian DAs, and judges. What should we think of a Judge Caiaphas, Mr Carp? Most of 'em are Caiaphases, whether at yokel level, or SCOTUS.

Spooner had already moved beyond the religious considerations, and sounds fairly Robespierre-like (or is it VI Lenin) . He considered the US Govt. a tyrannical institution (whether north or south of mason-dixon line), and the judicial power was a big part of that tyranny.