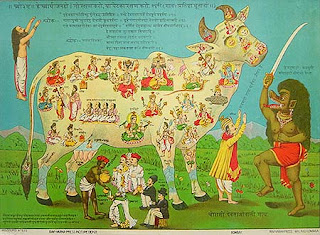 ""COLUMBIA, Mo. — The national beef industry has enlisted college students across the country in its public relations fight for America's hearts, minds and stomachs.


The Masters of Beef Advocacy program also recruits farmers, ranchers, high-end chefs and school dietitians to spread the gospel of red meat consumption. But the National Cattlemen's Beef Association, which started the outreach effort two years ago, has placed a strong emphasis on the Twitter generation. At least 20 percent of the nearly 2,200 program graduates are age 21 or younger.

The online program – called MBA in a nod to the more commonly known graduate business degree – is available in 47 states and particularly popular at public land-grant universities with strong agricultural schools, such as the University of Missouri, Iowa State, Kansas State and Western Kentucky.

"We know what the science is," said Dennis Fennewald, a fifth-generation farmer, former bull semen salesman and beef production instructor at Missouri. "The emotional part, that really is being controlled by people who don't know or understand our science."

Fennewald and professors at other schools typically offer the six-hour course as extra credit rather than a required assignment. Students who finish it are expected to speak to school groups and civic clubs or build online buzz through social media."""

Peter Singer & Co we don't exactly approve of yet there's something to the idea of having Biff and Bunny, steak-lovers, work in a slaughterhouse for a few weeks.
Posted by J at 7:58 AM