""The most important consequence is that there must be a formal separation between state and science just as there is now a formal separation between state and church. Science may influence society but only to the extent to which any political or other pressure group is permitted to influence society. Scientists may be consulted on important projects but the final judgement must be left to the democratically elected consulting bodies. These bodies will consist mainly of laymen. Will the laymen be able to come to a correct judgement? Most certainly, for the competence, the complications and the successes of science are vastly exaggerated. One of the most exhilarating experiences is to see how a lawyer, who is a layman, can find holes in the testimony, the technical testimony, of the most advanced expert and thus prepare the jury for its verdict. Science is not a closed book that is understood only after years of training. It is an intellectual discipline that can be examined and criticised by anyone who is interested and that looks difficult and profound only because of a systematic campaign of obfuscation carried out by many scientists (though, I am happy to say, not by all). Organs of the state should never hesitate to reject the judgement of scientists when they have reason for doing so. Such rejection will educate the general public, will make it more confident, and it may even lead to improvement. Considering the sizeable chauvinism of the scientific establishment we can say: the more Lysenko affairs, the better (it is not the interference of the state that is objectionable in the case of Lysenko, but the totalitarian interference which kills the opponent rather than just neglecting his advice). Three cheers to the fundamentalists in California who succeeded in having a dogmatic formulation of the theory of evolution removed from the textbooks and an account of Genesis included. (But I know that they would become as chauvinistic and totalitarian as scientists are today when given the chance to run society all by themselves. Ideologies are marvellous when used in the companies of other ideologies. They become boring and doctrinaire as soon as their merits lead to the removal of their opponents.) The most important change, however, will have to occur in the field of education.""""

(from How to Defend Society against Science) 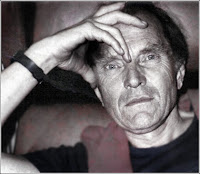 Bada boom; bada bing. Richard Dawkins, knocked down (then Dawk. probably knows less then Nurse Bernadettius does about endocrinology--). Dr. Feyerabend--a graduate student in physics before switching to philosophy of science-- wanted to facilitate citizens' access to scientific knowledge, and valued responsible, non-totalitarian scientists. (He's not a Luddite, though mistaken as such). He had little respect, however, for the right-wing Gurus (right-wing, even when DinkoCrats, or "marxists") and would-be Lysenkos who make up the majority of the academic science establishment. Contingencies grants there might be potential problems with Feyerabend Praxis--, at least in regards to difficult engineering or medical problems. PF's not rejecting Expertise, however. He's pointing out how science assists the forces of darkness, essentially.
Posted by J at 5:51 PM