"Talkers of the first order": L-Ron Hubbard and R.A.Heinlein (the Politics of Sci-Fi continued)

HISTORY, n. An account mostly false, of events mostly unimportant, which are brought about by rulers mostly knaves, and soldiers mostly fools. (A.Bierce)

Numerous scribes have pointed out the friendship of Hubbard and Heinlein. Both were navy men, and had some scientific and engineering expertise (though in Heinlein's case, that ended after a semester at UCLA---). In the late 40s and 50s both were fairly popular (though not yet wealthy) and prolific writers associated with the hack sci-fi publisher John Campbell--Campbell's publishing house was, more or less, a Brill Building of early science fiction. What's not as well known are the connections of both L-Ron and Heinlein to Jack Parsons--founding member of the JPL, and pal of Werner Von Braun--and to Aleister Crowley. Though the Church of Scientology now denies any connection between Hubbard and Crowley or to the occult, Hubbard did, like his one-time pal Parsons (Parsons later killed himself in a rather mysterious explosion at his Pasadena residence) communicate with Crowley a few times (in the 40s before Uncle Al's death), and allegedly dabbled in matters diabolical, as did Heinlein himself on occasion (see Mike Davis' "City of Quartz" for some background on COS and early sci-fi business, and google a bit on anti-Scientology sites). 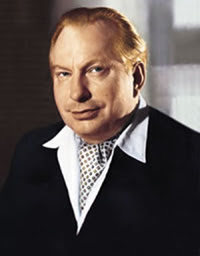 
Ample documentation exists showing that Heinlein and Hubbard were close friends; and it's fairly evident that Hubbard greatly respected Heinlein and his ideas, whether in regards to writing science-fiction or "religion as business". That may not have been completely reciprocated ( Heinlein most likely realized that L-Ron and his growing "church" were considered Quackery with a capital Q. by many, and thus thought it sound business to disassociate himself from his former pal). RAH was close to Hubbard for years, however:

"RAH and LRH had one or more discussions during 1944 and or 1945 when they were both in Philadelphia, and RAH pointed out to LRH that religions had an inordinate amount of legal latitude in the U.S. and that churches could engage in a great many activities otherwise thought of as secular, under the tax and other protection churches enjoy. He had already explored these ideas in some of his stories and was to revisit these notions in their original form in Stranger. It is possible that this conversation or series of conversations took place as late as December 1945 or early 1946 and in Los Angeles." 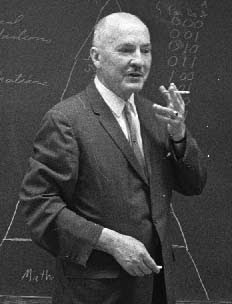 Heinlein seems quite the entrepreneur according to these reports, and like L-Ron--and Ayn Rand--interested in creating some type of ersatz, "scientific religion" (take a few bits of engineering and astronomical tech.speak (O Holy Integral!), Von Braun-like rocket-jazz, some Spencer and Darwin for the "ethics", a bit of Nietzsche for style: VOI-phucking--LA) which would, when sold to American consumer 'bots--whether via fiction or actual Church activities---rake in a great deal of money for the religion's creators (and Harlan Ellison has confirmed many of these reports as well---and reportedly referred to Heinlein as fascist on occasion): sort of a PT Barnum of the space opera biz. Given his relationship with Hubbard, Heinlein (secrets there are a plenty regarding the soirees at old Jack Parson's pad as well) should, it seems fairly safe to suggest, therefore be credited with assisting in the foundation of that great American swindle, the Church of Scientology. Hail Xenu............ 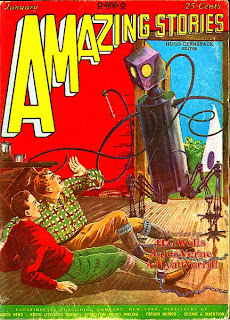