""""Most people know Swift as the author of “Gulliver’s Travels.” But recent events have me thinking of his 1729 essay “A Modest Proposal,” in which he observed the dire poverty of the Irish, and offered a solution: sell the children as food. “I grant this food will be somewhat dear,” he admitted, but this would make it “very proper for landlords, who, as they have already devoured most of the parents, seem to have the best title to the children.” 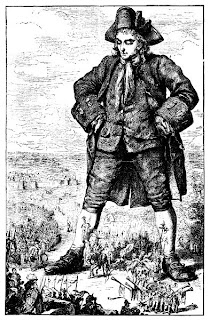 O.K., these days it’s not the landlords, it’s the bankers — and they’re just impoverishing the populace, not eating it. But only a satirist — and one with a very savage pen — could do justice to what’s happening to Ireland now.

The Irish story began with a genuine economic miracle. But eventually this gave way to a speculative frenzy driven by runaway banks and real estate developers, all in a cozy relationship with leading politicians. The frenzy was financed with huge borrowing on the part of Irish banks, largely from banks in other European nations. ....""""


Doc Krugman's suggestion does not lack for imagination, but he has overlooked the possibility that Swift's name may be listed among the Oppressors, at least in Collegetown, USA.  (In Yahootown the locals most likely don't know who the F. you're speaking about)
- - - - - - - - -