Nietzsche’s philosophy performed the ‘social task’ of ‘rescuing’ and ‘redeeming’ this type of bourgeois mind. It offered a road which avoided the need for any break, or indeed any serious conflict, with the bourgeoisie. It was a road whereby the pleasant moral feeling of being a rebel could be sustained and even intensified, whilst a ‘more thorough’, ‘cosmic biological’ revolution was enticingly projected in contrast to the ‘superficial’, ‘external’ social revolution. A ‘revolution’, that is, which would fully preserve the bourgeoisie’s privileges, and would passionately defend the privileged existence of the parasitical and imperialist intelligentsia first and foremost. A ‘revolution’ directed against the masses and lending an expression compounded of pathos and aggressiveness to the veiled egotistic fears of the economically and culturally privileged. The road indicated by Nietzsche never departed from the decadence proliferating in the intellectual and emotional life of this class. But the new-found self-knowledge placed it in a new light: it was precisely in decadence that the true progressive seeds of a genuine, thorough-going renewal of mankind were deemed to lie. This ‘social task’ found itself in pre-established harmony, as it were, with Nietzsche’s talents, his deepest intellectual inclinations and his learning. Like those sections of society at whom his work was aimed, Nietzsche himself was principally concerned with cultural problems, notably art and individual morality. Politics always appeared as though on an abstract, mythicized horizon, and Nietzsche’s ignorance of economics was as great as that of the average contemporary intellectual. Mehring was quite right to point out that his arguments against socialism never surpassed the level of Leo, Treitschke, etc.[2] But the very association of a coarsely humdrum anti-socialism with a refined, ingenious, sometimes even accurate critique of culture and art (for example the critiques of Wagner and Naturalism) was what made Nietzsche’s subject-matter and modes of exposition so seductive for the imperialist intelligentsia. We can see how great the temptation was right through the imperialist period. Beginning with Georg Brandes, Strindberg and Gerhart Hauptmann’s generation, its influence extended to Gide and Malraux. And it was by no means limited to the reactionary part of the intelligentsia. In the essence of their overall work, decidedly progressive writers like Heinrich and Thomas Mann or Bernard Shaw were equally prey to this influence. Indeed it was even capable of making a strong impression on some Marxist intellectuals. Even Mehring — for the time being — assessed it as follows: ‘The Nietzsche cult is still more useful to socialism in another respect. No doubt Nietzsche’s writings have their pitfalls for the few young people of literary talent who may still be growing up within the bourgeois classes, and are initially labouring under bourgeois class-prejudices. But for such people, Nietzsche is only a transitional stage on the way to socialism.’[3] 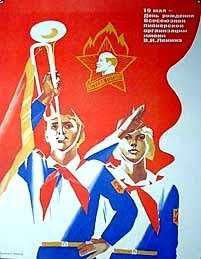 
We have, however, explained only the class basis and the intensity of Nietzsche’s influence, and not its long duration. This rests on his undoubted philosophical abilities. From Julius Langbehn (author of Rembrandt als Erzieher) to Koestler and Burnham in our own day, the standard pamphleteers of the reactionary wing have never done more than satisfy, with more or less skilful demagogics, whatever happened to be the bourgeoisie’s tactical needs. But Nietzsche, as we shall see in more detail later, was able to enshrine and formulate in his works some of the most important lasting features of reactionary attitudes to the imperialist period, and to the age of world wars and revolutions. To perceive his standing in this field, one has only to compare him with his contemporary, Eduard von Hartmann. The latter epitomized as a philosopher the ordinary, reactionary-bourgeois prejudices of the age after 1870, the prejudices of the ‘healthy’ (i.e., sated) bourgeois. This is why he at first enjoyed a much greater success than Nietzsche, and also why he fell into complete oblivion in the imperialist period.

Certainly Nietzsche, as we have already noted, achieved everything in a mythicizing form. This alone enabled him to comprehend and define prevailing tendencies because, lacking any understanding of capitalist economics, he was solely capable of observing, describing and expressing the symptoms of the superstructure. But the myth-form also results from the fact that Nietzsche, the leading philosopher of the imperialist reaction, did not live to see imperialism. Exactly like Schopenhauer as the philosopher of the bourgeois reactionaries after 1848, he wrote in an age that was nurturing only the first shoots and buds of what was to come. For a thinker incapable of recognizing the real generative forces, these could only be portrayed in a utopian, mythical manner. True, his task was facilitated both by the expressive mode of myth and by its aphoristic form, whose characteristics we are about to discuss. This is because such myths and aphorisms, depending on the bourgeoisie’s immediate interests and their ideologues’ endeavours, could be arranged and interpreted in the most diverse, often diametrically opposed ways. But the constant harking back to Nietzsche — in each instance a ‘new’ Nietzsche — shows that there was a definite continuity beneath it all. It was the continuity of the basic problems of imperialism in its entirety from the standpoint of the reactionary bourgeoisie’s lasting interests, viewed and interpreted in the light of the permanent needs of the parasitical bourgeois intelligentsia.

(Ah bad news for Heroes--even liberal heroes who love sci-fi and give to charity. Instantiate Heinlein or L-Ron, a libertarian puto like Andrew Sullivan, or Aynnie Rand- scabs for Nietzsche, and Lukacs' critique still applies, mas o menos. For that matter, Lukacs had no Amor-ay for postModernist revisionism (including its noirish, Lacanian form): Get on the Train, the Love Train to Siberia, Herr Zizek. Stay tuned for further analysis)
Posted by J at 7:57 AM