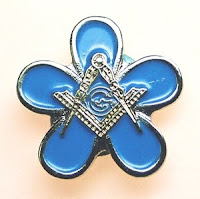 ""The sealed obligation, the drinking of wine from a human skull, is a ceremony not less objectionable. This you know, sir, is the scene, in which the candidate takes the
skull in his hand and says, " As the sins of the whole world were laid upon the head of our Saviour, so may the sins of the person whose skull this once was, be heaped upon my head in addition to my own ; and may they appear in judgment against me, both here and hereafter, should I violate any obligation in Masonry or the orders of knighthood which I have heretofore taken, take at this time, or may be hereafter instructed in ; so help me God,"
— and he drinks the wine from the skull.

And is not this enough ? No. The Knight Templar takes an oath containing many promises —
binding himself under no less penalty than to have his head struck off and placed on the highest spire in Christendom, should he knowingly or willingly
violate any part of his solemn obligation of a Knight Templar. ""