Technology and the novel....

and..."the autocratic cunning of the machine":

""Melville wrote a whole story about a mill: "The Tartarus of Maids". Its narrator, a seed-trader in need of a good envelope-supplier, visits a paper mill and gazes in "strange dread" at the wheels and cylinders of the "inflexible iron animal", shocked by "the metallic necessity, the unbudging fatality which governed it . . . the autocratic cunning of the machine". In the marriage of humanity and industrial apparatuses, it's clear who wears the trousers:


Machinery – that vaunted slave of humanity – here stood menially served by human beings, who served mutely and cringingly as the slave serves the Sultan. The girls did not so much seem accessory wheels to the general machinery as mere cogs to the wheels. 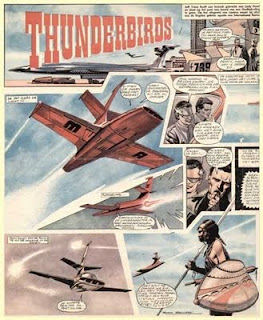 It's clear, too, that Melville isn't simply pondering the rise of machine culture in society at large. Etching his way on his horse, Black, across the snow-white valley where the mill lies, and wondering at the range of lawyers' briefs, doctors' prescriptions, pastors' sermons and so on that will be scrawled in ink on the reams of blank paper he's watching cascade off the rollers, the narrator is a carrier of a more self-reflective anxiety, one that concerns itself with the very act of writing. If man's autocracy, his genius, his powers of generation, have all passed to the machine, and if the pulpy, material base for the refined and abstract thoughts and emotions that we read in books has been revealed to us, then how can we understand poetry or prose as the sublime self-expression of autonomous and elevated individuals? Melville's answer is as implicit as his question: we can't, not any more.""

Yo J perhaps you noted recent New Worlds posts with your nemesis "Byronius" indulging in some boring old clown-carney Pennywise schtick--""clowns, don't you hate 'em?""--with a rather bizarre "script" about some texas drunks and hicks. Really, Byro's narcissistic scribbling looks more like evidence of advanced paranoid schizophrenia than anything resembling a story.

I tried reading one of Bozonius's "scripts" a few years ago, until overcome by nausea. First off, you must realize this person (a dozen people or so actually mistake the hick for a creative of some type) was addicted to drugs for years--and steroids as well.

Bozonius's like some thug from Tuscon, with no real college education, apart from a few nursing courses. He strings together these odd mish mashes of cartoony ideas, ridiculous characters (think Thunderbirds 5000 meets...the ninja turtles or something), a few pseudo-scientific ideas lifted from popular mechanics, and then fills it out with dialogue from like...it's difficult to describe. Sort of Back to the Future, via ..the Book of Mormon version. Serio. Then he sends it to these ludicrous screenwriting contests--pay only $250, Rube, and you get an honorable mention for your work, along with 1000 other aspiring Tarentinos! (they're really scams, but he's too stupid to realize it)

And as with many mormons (even closet case ones), he worships ancestors. In fact mormons say prayers for the dead (and there is this weird fundamentalist/mormon movement in Ho-wood...tho' Bozonius's no show biz type... lives in Sacto, like a t-shirt salesman! heh)

I wouldn't waste 15 minutes reading Bozonius's recent space-carny adventure, but it's the same bullsh*t. He may not include "praise Moroni," "hallelujah, ye Nephites!" or whatever masonic BS they use at the Temple (Hail Brother Flibbertygibb!), but ...Nephitistical through and through. And...not merely schizo, but sick, twisted psychotic garbage (and bookmarked as evidence).

It would be funnny but the pedazo de mierda's a danger to the community and anyone around him. Serio. He'll be put away, pronto.

Many so-called liberals have no idea what the Mormonics are about (or, really most organized judeo-christian rackets)

Thanks for the interesting read. We have never lacked for dystopias, it would seem.

I agree. The journalist's a bit...British, but I think he suggests that many humans have in some sense become enslaved to technology (though it's a bit more complex perhaps). Even with the wonderful world of blogging that seems applicable.

Ballard's writing examines that issue in an interesting manner, as with Crash (tho' probably a bit too much for most WASPs in the 'burbs).