""""Earlier this year I wrote about Ryan and his deep devotion to the philosophy of Rand, particularly her inverted Marxist economic-political worldview:


Ryan would retain some bare-bones subsidies for the poorest, but the overwhelming thrust in every way is to liberate the lucky and successful to enjoy their good fortune without burdening them with any responsibility for the welfare of their fellow citizens. This is the core of Ryan's moral philosophy:

"The reason I got involved in public service, by and large, if I had to credit one thinker, one person, it would be Ayn Rand," Ryan said at a D.C. gathering four years ago honoring the author of "Atlas Shrugged" and "The Fountainhead." ... 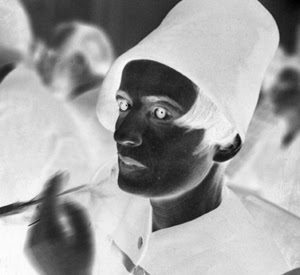 At the Rand celebration he spoke at in 2005, Ryan invoked the central theme of Rand's writings when he told his audience that, "Almost every fight we are involved in here on Capitol Hill ... is a fight that usually comes down to one conflict--individualism versus collectivism."

The core of the Randian worldview, as absorbed by the modern GOP, is a belief that the natural market distribution of income is inherently moral, and the central struggle of politics is to free the successful from having the fruits of their superiority redistributed by looters and moochers."""""

To reiterate: "The core of the Randian worldview, as absorbed by the modern GOP, is a belief that the natural market distribution of income is inherently moral."  Yes but given the Demos' willingness to extend BushCo's tax slashes for the wealthy, Randism appears to be bipartisan--be sure some pedazo de mierda such as DiDi Feinstein has her Atlas Shrugged cliffsnotes nearby.  We have met the enemy and it's name is..... Ayn
Posted by J at 12:03 PM